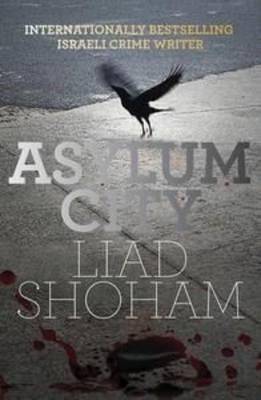 In this edgy thriller from the #1 international bestselling author of Lineup, which was described by New York Times bestselling author Joseph Finder as ‘a marvel of tight plotting, spare prose, and relentless pacing’, a young police officer’s investigation of a murder plunges her into the dark underworld of Tel Aviv.
When young social activist Michal Poleg is found dead in her Tel Aviv apartment, with her body showing signs of severe violence, officer Anat Nachmias is given the lead on her first murder investigation. Eager to find answers, the talented and sensitive cop looks to the victim’s past for clues, focussing on the last days before her death. Could one of the asylum-seekers Michal worked with be behind this crime? Then a young African man confesses to the murder, and Anat’s commanders say the case is closed. But the cop isn’t convinced. She believes that Michal, a tiny girl with a gift for irritating people, got involved in something far too big and dangerous for her to handle.
Joined by Michal’s clumsy yet charming boss, Anat is pulled deep into a perplexing shadow world where war victims and criminals, angels and demons, idealists and cynics, aid organisations and criminal syndicates intersect. But the truth may be more than Anat can handle, bringing her face to face with an evil she’s never before experienced.
$29.99Add to basket ›