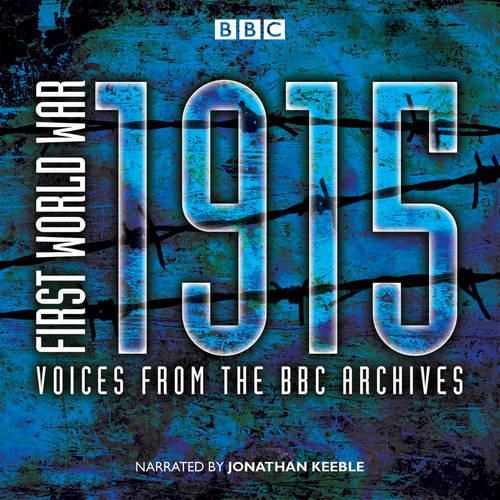 A unique collection of historic recordings covering the events of 1915, from the first Zeppelin raids to the ultimate failure at Gallipoli. In this selection of authentic eyewitness accounts, survivors describe the sinking of the Lusitania; the author Compton McKenzie remembers the Gallipoli disaster; and Violet Bonham Carter pays tribute to Rupert Brooke, who died en route to that campaign. In another poignant memoir, a close colleague recalls the last hours of the British nurse Edith Cavell, executed by the Germans for treason. Women left at home talk about the hazards they faced taking over men’s jobs, particularly in munitions; but it is the troops speaking informally and candidly who convey the truly harrowing nature of the war. Whether helpless during a poison gas attack, or pinned down on the Gallipoli beaches, their memories are bleak. For one soldier, ordered to take part in a firing squad, there was a further horror: the prospect of shooting a comrade for desertion. As the stalemate of the trenches continued, hopes for 1916 were focused on a radical new invention: the tank.