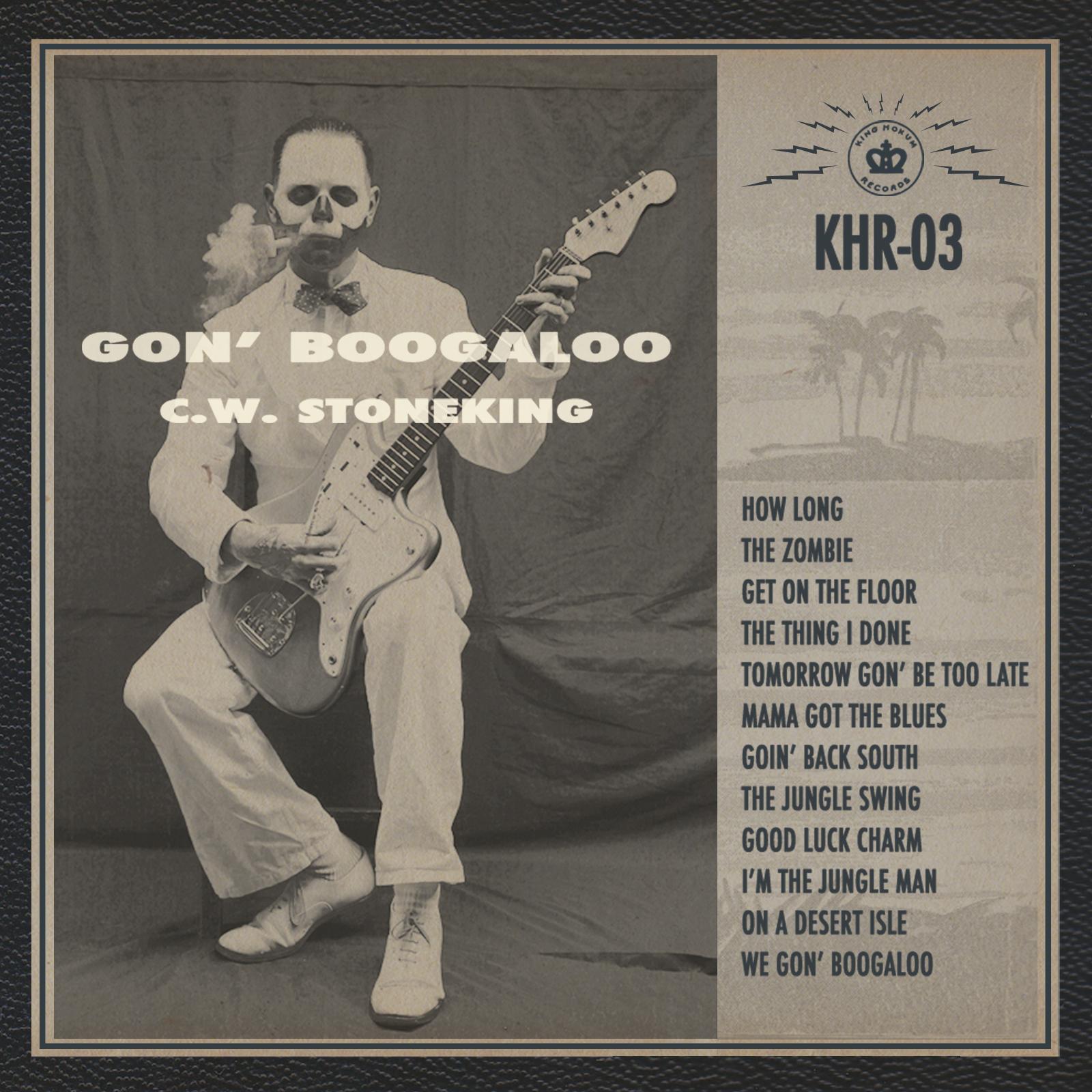 After a six year wait the one and only C.W. Stoneking returns with his brand new album Gon' Boogaloo!
Gon' Boogaloo is 12 tracks blasted directly to tape with his full band. Say goodbye to the tropical adventures that pervaded his ARIA Award winning Jungle Blues - C.W. Stoneking has dicovered electricity and he’s firing up the amps (and a shiny gold Fender) for a rock ‘n’ rock, gospel, blues, dancehall explosion!

It’s been six long years since we were last afforded a glimpse into the weird and wonderful world of Australian bluesman, supreme yarn-spinner and tall tale teller C.W. Stoneking. I’ve been shipwrecked twice and broken a series of long standing hot air ballooning records in that time but that’s another story. The brilliance of 2008’s ARIA-winning masterpiece Jungle Blues lead to Stoneking decamping to the UK and touring Europe for much of that time, wowing audiences with his scintillating gumbo brew of delta blues and old time Dixieland jazz. It’s fair to say anticipation is high and I’m here to tell you, good people, it was worth the wait.

Opening track ‘How Long’ is a raucous, rip-roaring, foot-stomping, barrel-house blues barnstormer played on, of all things, an electric guitar! It’s an instrument not usually heard on a C. Dubya record but is used heavily on Gon’ Boogaloo to great effect in what marks a distinct departure in sound. Largely abandoned too are the horns, and the influence of gospel amongst other genres is noticeable throughout.

From ‘How Long’ we are then entreated to do that old fashioned dance craze ‘The Zombie’, with instructions for those uninitiated provided by an African girls choir that Stoneking, in a stroke of genius, found somewhere around Melbourne. They take it to church and very nearly steal the whole record! It’s creepy, groovy and an all round hoot. ‘Get On the Floor’ is exactly what it should be. ‘The Thing I Done’ skanks like a lost ska classic. ‘Tomorrow Gon’ Be Too Late’ echoes Fats Domino and sees those adorable girls return to add a touch of Doo Wop. There really is something for everyone here and Stoneking has engineered it all with such abundant class as to reach national treasure status.