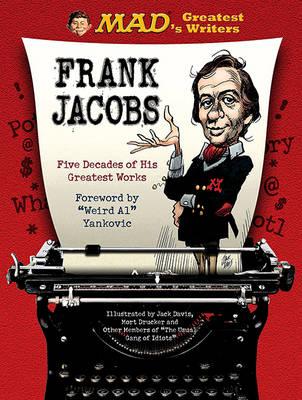 For over fifty years Frank Jacobs has been one of  MAD ’s premiere writers, working with virtually every important MAD artist including Al Jaffee, Jack Davis, Mort Drucker, Sergio Aragones, and Paul Coker. He has been responsible for almost all of  MAD ’s humorous verse and song parodies and appears in more than 300 issues with over 575 credits to his name, more than any other writer or artist.
In the first installment of the MAD’s Greatest Writers series, Frank Jacobs personally selects highlights from his long and influential career. The book also includes an exclusive interview with Jacobs conducted by long-time  MAD  editor Nick Meglin, discussing the art of parodying verse, as well as a foreword by the multi-award winning musician, Weird Al  Yankovic.
$16.95Add to basket ›

The Future is Feminist

Justice: What’s the Right Thing to Do?

Poets in Their Youth