The Truth About French Women 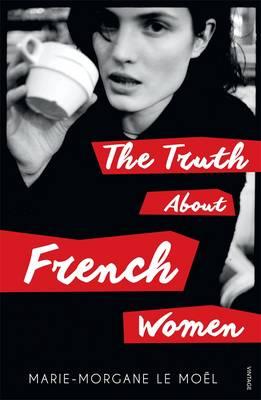 The Truth About French Women

The Truth About French Women shows us that French women really are fascinating, but not for the reasons you think. French women have a mystique about them. They have, throughout the ages, been considered by some as a species apart - apparently flawless women, for whom sex and sensuality are central to their identity. But are French women really a model of elegance, always perfectly dressed with designer clothes as the stereotype would have us believe? Are they all intellectual, classy creatures with a perfect waistline, even if they eat croissants au beurre all day long? Are they all sexually liberated, wearing kinky lingerie and bedding other women’s husbands (seducing them with a bottle of champagne kept near the bed, of course) ? The Truth About French Women focuses on who French women really are, and why they’re more interesting than the cliches. It calls on women throughout French history who have defied societal norms and created their own destiny. French women who include heroines such as Jeanne d'Arc, the teenage girl who led the French army to success; the legendary sans culottes, who were instrumental during the French Revolution and Coco Chanel, who not only built a fashion empire, but also liberated women from the constraints of the corset, allowing an unprecedented amount of physical freedom for the fairer sex. It’s also a study into the realities of everyday life for the contemporary French woman, and how she interprets love, art and politics.