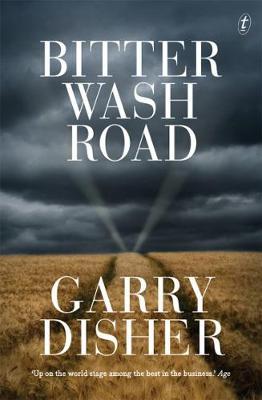 A modern western set in an isolated Australian bush town with a soaring crime rate.
When Hirsch heads up Bitter Wash Road to investigate the gunfire he finds himself cut off without back-up. A pair of thrill killers has been targeting isolated farmhouses on lonely backroads, but Hirsch’s first thought is that ‘back-up’ is nearby - and about to put a bullet in him.
That’s because Hirsch is a whistleblower. Formerly a promising metropolitan officer, now demoted and exiled to a one-cop station in South Australia’s wheatbelt. Called a dog by his brother officers. Threats; pistol cartridge in the mailbox.
But the shots on Bitter Wash Road don’t tally with Hirsch’s assumptions. The truth turns out to be a lot more mundane. And the events that unfold subsequently, a hell of a lot more sinister.
$19.99Add to basket ›