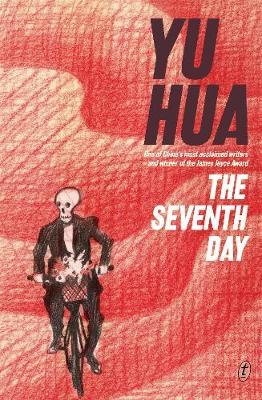 From one of the country’s most acclaimed writers, a major new novel that depicts the joys and sorrows of modern China.
Yang Fei was born on a moving train, lost by his mother, adopted by a young railway worker, raised with simplicity and love - utterly unprepared for the changes that await him and his country. As a young man, he searches for a place to belong in a nation ceaselessly reinventing itself. At forty-one, he meets an unceremonious death, and lacking the money for a burial plot, must roam the afterworld aimlessly. There, over the course of seven days, he encounters the souls of people he’s lost, and as he retraces the path of his life, we meet an extraordinary cast of characters: his adoptive father, beautiful ex-wife, neighbours who perished in the demolition of their homes. Vivid, urgent and panoramic, Yang Fei’s passage movingly traces the contours of his vast nation - its absurdities, its sorrows and its soul.
This searing novel affirms Yu Hua’s place as the standard-bearer of Chinese fiction.
$29.99Add to basket ›

END_OF_DOCUMENT_TOKEN_TO_BE_REPLACED

Published for the first time in English by Giramondo, Death Fugue is the bold attempt by a prominent Chinese novelist to confront the legacy of protest and suppression which haunts her generation. Sheng Keyi was born in Hunan...

The Man with the Compound Eyes

From the author of The Stolen Bicycle - longlisted for the International Man Booker Prize On the island of Wayo Wayo, every second son must leave on the day he turns fifteen as a sacrifice to the Sea God.