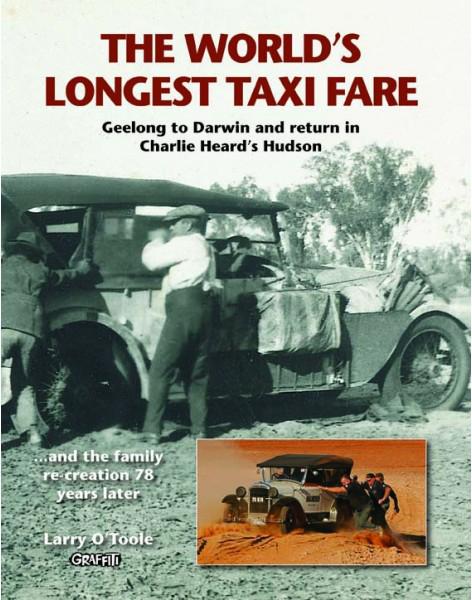 ﻿﻿Motor Service Provider, Charlie Heard, was engaged to carry three ladies on a daring outback adventure in 1930. Ada Beal, Lil Wilmot and Eileen Glenny were Charlie’s intrepid passengers. He drove them in his Hudson taxi from Lorne in Victoria, up through the red centre to Darwin, and back down to Victoria via Brisbane and Sydney. A real outback adventure before made roads existed outside the main cities.
Charlie’s Hudson travelled just over 7000 miles on the trip and it took almost three months to complete the journey.
Charlie’s grandchildren re-created the trip 78 years later in a 1928 Essex.
This book has been produced in two parts, the initial adventure as experienced by Charlie Heard and his passengers and the second part, the re-creation of the trip by Charlie’s grandchildren in 2008 and recorded in a diary by Ron Heard.
$53.99Add to basket ›