As White as Snow 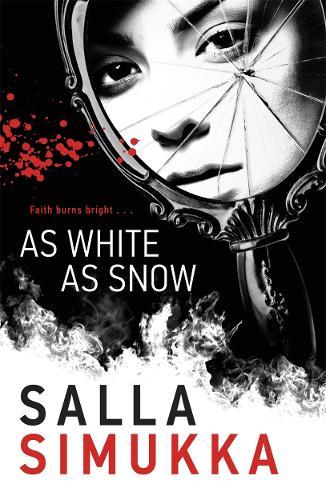 As White as Snow

The second story in the thrilling Nordic crime series The Snow White Trilogy, an international success published in 52 territories worldwide and soon to be a Hollywood film. ‘Fans of Nesb and Larsson won’t be disappointed’ Publishers Weekly Lumikki Andersson may be innocent, but she’s no Snow White … Three and a half months have passed since Lumikki was left for dead in a snowdrift, a bullet wound in her thigh and frostbite creeping into her skin. But the scorchingly hot streets of Prague in summer provide a welcome contrast to that terrifying time, and now Lumikki just wants to move on - forget the events of the past year - and escape her parent’s oppressive concern. She’s alone again, which is just how she likes it. But Lumikki’s peaceful solitude is about to be shattered. She is approached on the street by a nervous young woman, who, unbelievably, thinks she might be Lumikki’s long-lost sister. Lumikki is unconvinced - although Zelenka’s story seems to ring true, there’s something weird about her. Something jumpy, and suspicious. And it turns out Lumikki is right to be wary, as Zelenka is part of a dangerous religious cult. On the run for her life again, Lumikki must once more draw on her all her powers of resolve and strength if she is to survive.