101 Things To Do Before You Drive 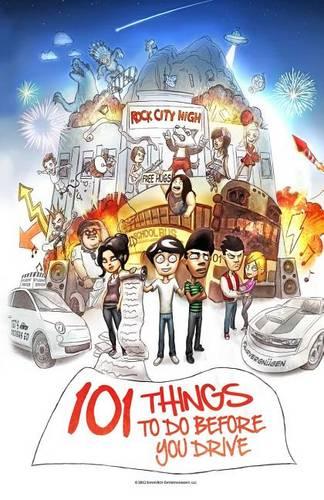 101 Things To Do Before You Drive

There are two classes of people in high school: those that DRIVE and those that DON’T. Three friends, Evan, Rodney, and Squash learn this the hard way in their first week at Rock City High. After losing his girlfriend to an upperclassmen with a nice ride, Evan thinks he’s in for the worst two years of his life. But when he gets some sage advice from a wacky Driver’s Ed teacher, he learns that a license to drive is not all it’s cracked up to be. Now, Evan, Rodney, and Squash set out to create a bucket list and make their final years before driving the best years of their life. Little do they know, the hardest part might be finishing the first thing on the list.