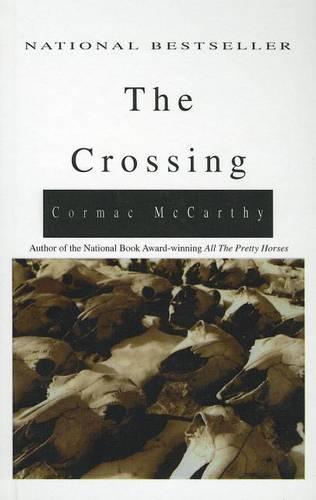 VOLUME TWO OF THE BORDER TRILOGY Set on the southwestern ranches in the years before the Second World War, The Crossing follows the fortunes of sixteen-year-old Billy and his younger brother Boyd. Fascinated by an elusive wolf that has been marauding his family’s property, Billy captures the animal - but rather than kill it, sets out impulsively for the mountains of Mexico to return it to where it came from. When Billy comes back to his own home he finds himself and his world irrevocably changed. His loss of innocence has come at a price, and once again the border beckons with its desolate beauty and cruel promise. ‘Admirers of All the Pretty Horses will need little encouragement … McCarthy speaks to us in the thrilling, apocalyptic tones of an Old Testament prophet. We must treasure him’ Sunday Telegraph ‘The Crossing is like a river in full spate: beautiful and dangerous’ The Times `An American epic infused with a grand solemnity' Sunday Times