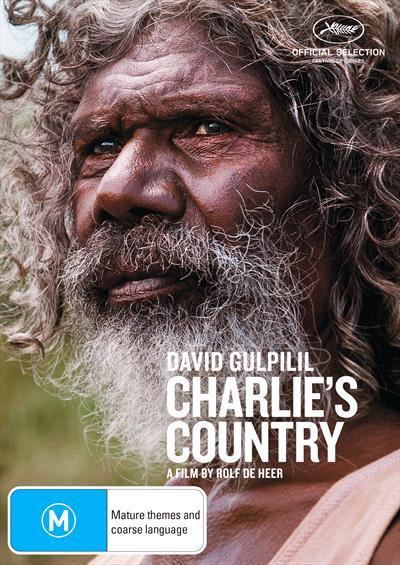 Blackfella Charlie is out of sorts. The intervention is making life more difficult on his remote community, what with the proper policing of whitefella laws now. So Charlie takes off, to live the old way, but in so doing sets off a chain of events in his life that has him return to his community chastened, and somewhat the wiser.

Charlie (David Gulpilil) lives in a small community in Arnhem Land. A sequence of events, funny yet sadly moving, drive him to eschew the community and go bush. But even he can’t survive in the bush anymore and he falls ill with pneumonia. Airlifted to Darwin hospital, he walks out before he’s fully recovered. It’s the time of the intervention and Charlie, who has money in his account, is vulnerable when he joins the people living and drinking in the long grass on Darwin’s fringe.

This is the devastating story of a man who is no longer at home in his country, and it is partly based on Gulpilil’s own experience. It is superbly shot and the scenes in the bush are starkly beautiful. Yet it is Gulpilil’s presence in the film that really elevates it; he has a remarkable, quiet dignity and his craggy, expressive face and lithe body fill the screen. This is director Rolf de Heer’s third collaboration with Gulpilil and here the focus is on contemporary Australia, as opposed to the more historical themes in Tracker and Ten Canoes. The film is not without its flaws – I felt that the European characters were too one dimensional, for example – however, on the whole, it is a remarkable and powerful film that is both entreating and disturbing. It’s no surprise that it has met with acclaim or that Gulpilil received the best actor award for his performance at this year’s Cannes Festival.