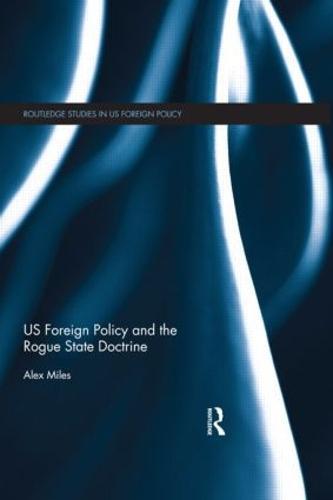 Concerns over Iran’s nuclear programme, North Korea’s nuclear brinkmanship and, in the past, Iraq’s apparent pursuit of WMD have captured the world’s attention, and dominated the agenda of the American foreign policy establishment. But, what led policymakers and the US military to emphasise the threat of rogue states at the end of the Cold War? Going behind the vivid language of the ‘axis of evil’ and portrayals of undeterrable and reckless rogue states, this work demonstrates how the rogue state doctrine satisfied both domestic and international goals in the Clinton and George W. Bush administrations, underpinning efforts to maintain US leadership and hegemony. It offers a clear picture of the policymaking process, taking a broad, historical approach that places the actions of US officials towards Iraq, Iran, North Korea, Libya and Cuba in a wider context. Through an understanding of the long-standing influences on the US approach we are better able to appreciate why, for instance, regime change dominated the post-9/11 agenda and led to the overthrow of Saddam Hussein. Explaining in detail how the tackling of rogue states became a central aim of US foreign policy, Miles examines whether there was continuity between the Clinton and Bush approach. He moves on to highlight the influence of Congress on the implementation of US policies and the difficulties the US faced in ‘selling’ its approach to allies and adapting its hard-line strategies to reflect developments within the targeted states. By considering the impulses and drivers behind the development of the rogue states approach, this work will extend the scope of existing work in the field and will be of interest to scholars and policymakers alike.