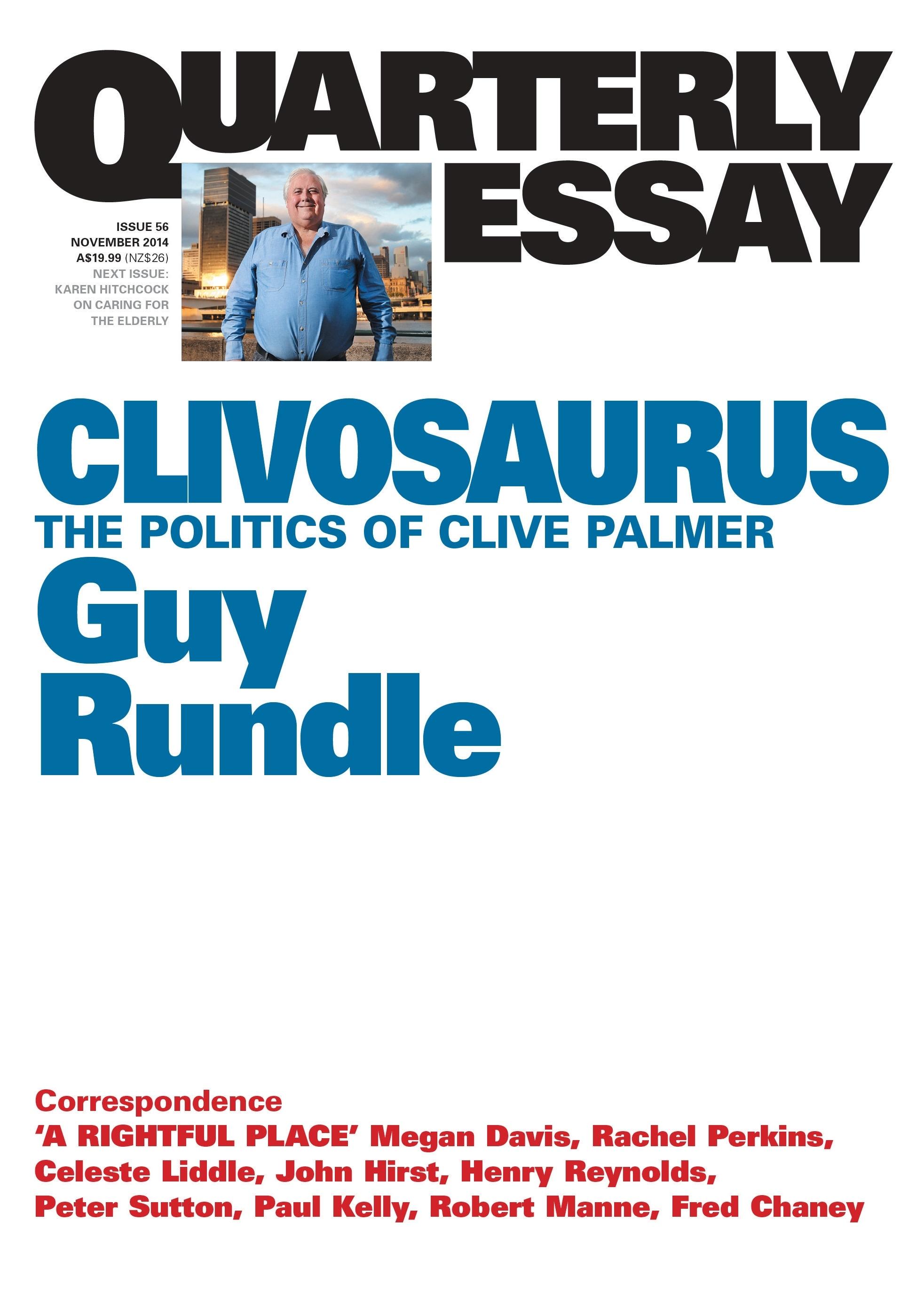 Who is Clive Palmer, and what does his ascent say about Australia’s creaking political system?
In Clivosaurus, Guy Rundle observes Palmer close up, examining his rise to prominence, his beliefs, his deals and his politics - not to mention his poetry. Rundle shows that neither the government nor the media have been able to take Palmer’s measure. Convinced they face a self-interested clown, they have failed to recognise both his tactical flexibility and the consistency of his centre-right politics.
This is a story about the Gold Coast, money in politics, Canberra’s detached political caste and the meaning of Palmer’s motley crew. Above all, it is a brilliantly entertaining portrait of ‘the man at the centre of a perfect storm for Australian democracy, a captain steering his vessel artfully in the whirlpool.’
‘In the first half of the year we saw Tony Abbott treated with deference to his values and beliefs, as his chaotic and lying government slid from one side of the ring to the other, while Clive Palmer, ploughing a steady course on a range of key issues, was treated as the inconstant one. No wonder no one could tell what he was going to do next - they weren’t even bothering to look at where he had come from.’
- Guy Rundle, Clivosaurus
$19.99Add to basket ›