Death By Mustard Gas: How Military Secrecy and Lost Weapons can Kill 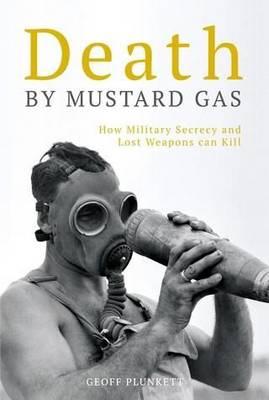 Death By Mustard Gas: How Military Secrecy and Lost Weapons can Kill

In 1943 a top secret consignment of chemical weapons, including deadly mustard gas, arrived in Australia by ship. But there was a problem - it was leaking. Military authorities quickly realised this but, in the interests of secrecy, sent unprotected and unsuspecting wharf labourers into a lethal environment. The result was catastrophic: permanent disability and death. This shocking narrative includes accounts of official deceit, intimidation of gassed labourers and denial of natural justice. The truth, buried in classified documents and the testimony of the few survivors, is that human life was sacrificed for the sake of secrecy. Almost 70 years after war stocks of chemical weapons were apparently totally destroyed, mustard gas is still present on the Australian mainland, in her oceans and along her coastal fringed. The total destruction of chemical stocks is simply another military assumption. The truth is that these deadly weapons were incompletely destroyed, buried or simply lost. Many retain their effectiveness despite the passing of time, a fact that cost one man his life and saw staff and children at a school badly burned. Mustard gas weapons have been retrieved as recently as 2012 and more may lie in shallow graves waiting to be uncovered. This is a very real lesson for the military today.