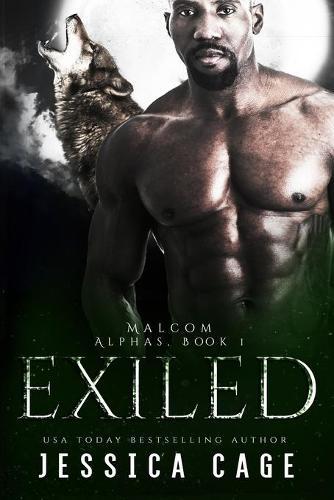 A forbidden love, a crazed Alpha wolf, and a man on the run! Alpha’s word is law. Malcom lived by the creed. He put his life on the line for it countless times. That was, until he met Serene. His love for the human woman was against pack law. When forced to choose between her and the pack, he chose love. Once his closest friend, the Alpha Vincent, showed him no mercy. Serene was taken away and Malcom was exiled from his home. Left to live a life on the run, Malcom lost faith in the people he once considered family.Years later Stephanie, the Alpha’s sister, finds Malcom living a life of solitude. Her brother has gone mad and seeks vengeance against those he believes has betrayed him and Malcom’s name is at the top of the list. Against her better judgement, she asks Malcom to return home and help save their people from the Alpha who threatens to bring war to their home. Will Malcom decide to help save the people who turned their backs on him, or will he let them suffer at the hands of a mad man?Exiled is the first book of The Alpha Series by USA Today-Best Selling Author, Jessica Cage. If you enjoy shifters, stories of betrayal, and a fight for survival, Download your copy today!