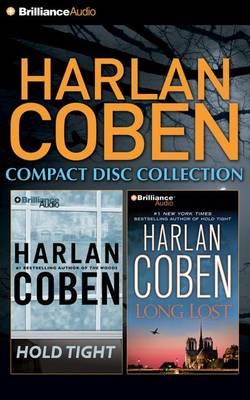 Hold Tight Mike held his son’s hand and told him to hold tight, and he could feel the little hand dig into his but the crush got bigger and the little hand slipped from his and Mike felt that horrible panic, as if a wave hit them at the beach and it was washing his baby out with the tide. The separation lasted only a few seconds, ten at the most, but Mike would never forget the spike in his blood and the terror of those brief few moments. Tia and Mike Baye never imagined they’d become the type of overprotective parents who spy on their kids. But their sixteen-year-old son Adam has been unusually distant lately, and after the suicide of his classmate Spencer Hill-the latest in a string of issues at school-they can’t help but worry. They install a sophisticated spy program on Adam’s computer, and within days they are jolted by a message from an unknown correspondent addressed to their son: Just stay quiet and all safe. Meanwhile, browsing through an online memorial for Spencer put together by his classmates, Betsy Hill is struck by a photo that appears to have been taken on the night of her son’s death…and he wasn’t alone. She thinks it is Adam Baye standing just outside the camera’s range; but when Adam goes missing, it soon becomes clear that something deep and sinister has infected their community. For Tia and Mike Baye, the question they must answer is this: When it comes to your kids, is it possible to know too much? Long Lost Myron Bolitar hasn’t heard from Terese Collins since their torrid affair ended ten years ago, so her desperate phone call from Paris catches him completely off guard. In a shattering admission, Terese reveals the tragic story behind her disappearance-her struggles to get pregnant, the greatest moment of her life when her baby was born…and the fatal accident that robbed her of it all: her marriage, her happiness, and her beloved only daughter. Now a suspect in the murder of her ex-husband in Paris, Terese has nowhere else to turn for help. Myron heeds the call. But then a startling piece of evidence turns the entire case upside down, laying bare Terese’s long-buried family secrets…and the very real possibility that her daughter may still be alive. In grave danger from unknown assailants in a country where nothing is as it seems, Myron and Terese race to stay a step ahead of Homeland Security, Interpol, and Mossad. Soon they are working at breakneck pace not only to learn what really happened to Terese’s long-lost little girl-but to uncover a sinister plot with shocking global implications.