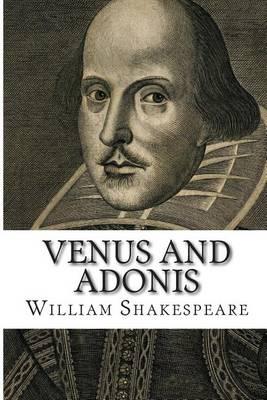 Venus and Adonis is a poem by William Shakespeare, written in 1592-1593, with a plot based on passages from Ovid’s Metamorphoses. It is a complex, kaleidoscopic work, using constantly shifting tone and perspective to present contrasting views of the nature of love. Venus and Adonis was entered into the Stationers' Register on 18 April 1593; less than two months later the poem appeared in a quarto edition, published and printed by Richard Field, a Stratford-upon-Avon man and a close contemporary of Shakespeare. Field released a second quarto in 1594, then transferred his copyright to John Harrison ( the Elder ), the stationer who published the first edition of The Rape of Lucrece, also in 1594. Subsequent editions of Venus and Adonis were in octavo format rather than quarto; Harrison issued the third edition (O1) probably in 1595, and the fourth (O2) in 1596 (both of Harrison’s editions were printed by Field). The poem’s copyright then passed to William Leake, who published two editions (O3, O4) in 1599 alone, with perhaps four (O5, O6, O7, and O8) in 1602. The copyright passed to William Barrett in 1617; Barrett issued O9 that same year. Five more editions appeared by 1640 - making the poem, with 16 editions in 47 years, one of the great popular successes of its era. Venus and Adonis comes from Ovid’s Metamorphoses, Book 10, known to Shakespeare in the translation by Arthur Golding (1567, with subsequent revisions). Ovid told of how Venus took the beautiful Adonis as her first mortal lover. They were long-time companions, with the goddess hunting alongside her lover. She warns him of the tale of Atalanta and Hippomenes to dissuade him from hunting dangerous animals; he disregards the warning, and is killed by a boar. Shakespeare developed this basic narrative into a poem of 1,194 lines. His chief innovation was to make Adonis refuse Venus’s offer of herself. It has been argued (by Erwin Panofsky) that Shakespeare might have seen a copy of Titian’s ‘Venus and Adonis’, a painting that could be taken to show Adonis refusing to join Venus in embraces. However Shakespeare had already shown a liking for activist heroines, forced to woo and pursue an evasive male in The Two Gentlemen of Verona. The other innovation was a kind of observance of the Aristotelian unities: the action takes place in one location, lasts from morning till morning, and focuses on the two main characters.