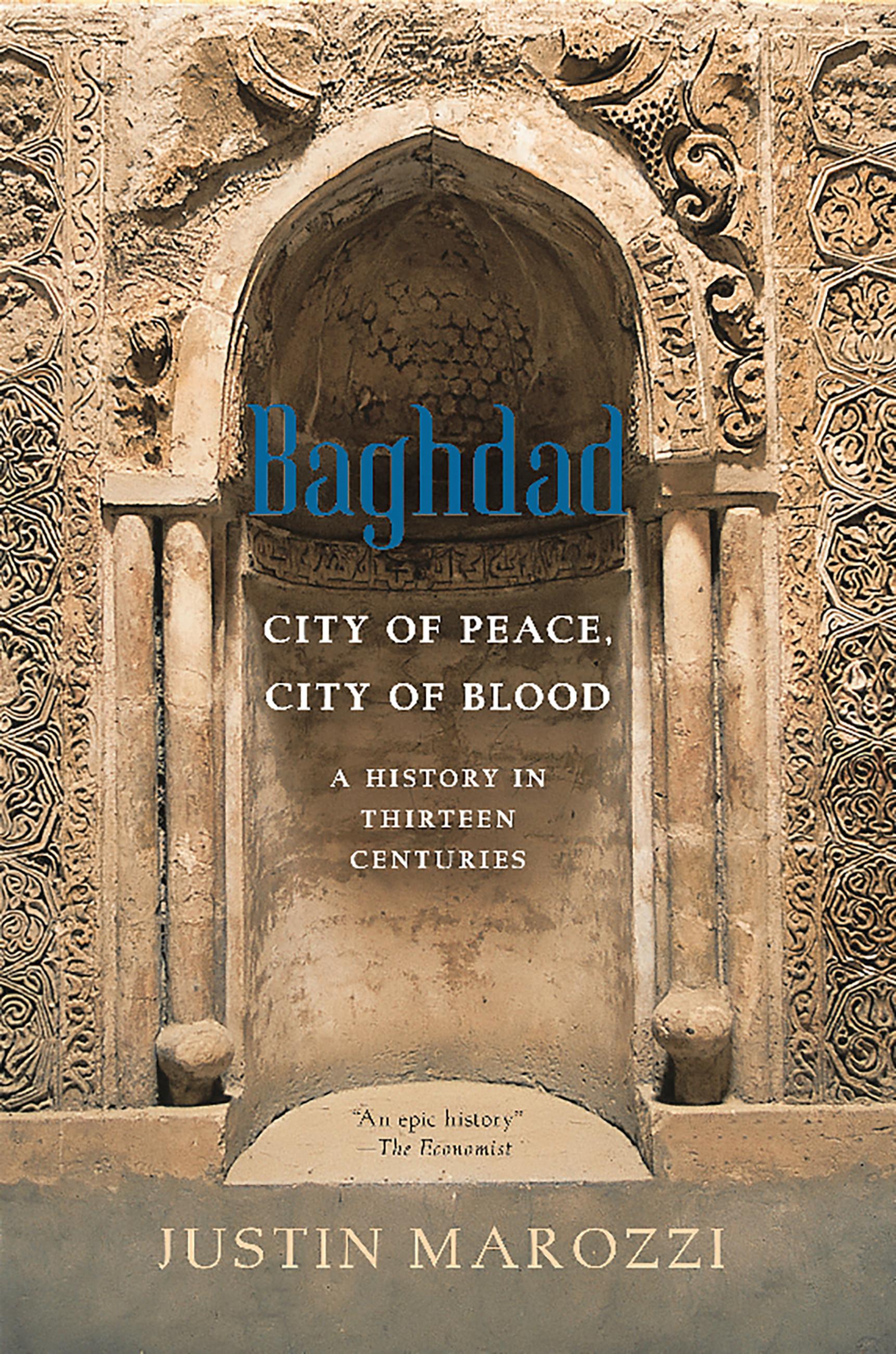 For much of its extraordinary life, Baghdad, known for centuries as the City of Peace, enjoyed both cultural and commercial preeminence. For five centuries it was the seat of the Abbasid Empire, a marvel of glittering palaces, exquisite parks, magnificent mosques, and Islamic colleges. It was a city boasting the most accomplished astronomers, mathematicians, doctors, musicians, and poets-it was here, in the time of the caliphs, that the great Arabic classic One Thousand and One Nights was set. With its teeming markets watered by the Tigris, Baghdad was a thriving trading emporium, attracting merchants from Central Asia to the Atlantic; its economy was the envy of West and East alike.
Yet Baghdad’s inhabitants have also seen many terrible hardships, from epidemics and famines to invasions and devastating floods. And it has also been one of the most violent cities on earth. When U.S. troops entered in 2003, they became the latest participants in a turbulent history stretching back to the city’s founding in 762. Over most of its thirteen-century history, Baghdad has endured the rule of brutal strongmen, from capricious caliphs to Saddam Hussein; and it has suffered violent occupations at the hands of its conquerors, from the Mongol Hulagu, grandson of Genghis Khan, to Tamerlane, known as the Sword Arm of Israel.
Here, in this vivid new history - the first published in English in nearly a century - Justin Marozzi brings to life the whole splendorous and tumultuous story of what was once the greatest capital on earth.
$16.95Add to basket ›