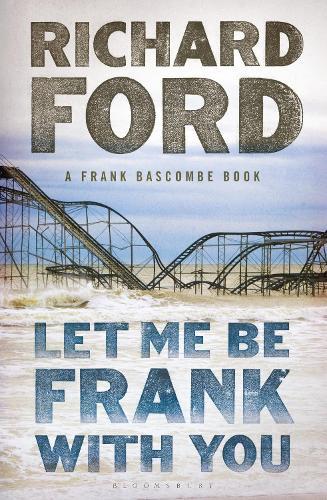 In his trio of bestselling novels - The Sportswriter, Pulitzer Prize and PEN/Faulkner-winning Independence Day, and The Lay of the Land - Richard Ford set out the zeitgeist of an entire generation, through the divining and wit of his now-famous literary chronicler, Frank Bascombe, one of the most indelible, provocative and anticipated characters in modern American literature.

In Let Me Be Frank With You, Ford returns with four deftly linked Christmas stories narrated by the iconic Bascombe.
Now sixty-eight, Frank resides again in the New Jersey suburb of Haddam, and has thrived - seemingly but not utterly - amidst the devastations of Hurricane Sandy. The desolations of Sandy, which left houses, shorelines and countless lives unmoored and flattened, are the perfect backdrop and touchstone for Ford - and Bascombe. With a flawless comedic sensibility and unblinking intelligence, these stories range over the full complement of universal subjects: ageing, race, loss, faith, marriage, the real estate debacle - the tumult of the world we live in.
Through Bascombe - funny, profane, touching, wise, often inappropriate - we share the aspirations and sorrows, longings, achievements and failings of American life in the morning of the new century. With his trademark candour and brimming wit, Richard Ford brings Bascombe back in all his imperfect glory to say (often hilariously) what all of us are thinking but few will voice aloud.
$24.99Add to basket ›