The Importance of Technology: Philosophical Dialogues 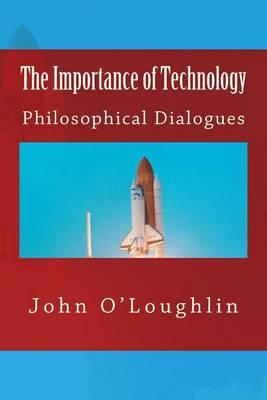 The Importance of Technology: Philosophical Dialogues

This fairly substantial collection of philosophical dialogues, dating from the winter of 1981-2, begins with an investigation of technology from a transcendental point of view, as though continuing from where John O'Loughlin’s previous volume of dialogues, The Transcendental Future (1980) left off, albeit building upon the ensuing philosophical and literary titles, which included a number of philosophical novels, and, having answered its own questions, proceeds to investigate a number of other topics, including kinds of writers, the scope and nature of philosophical truth, the goal of evolution, different types of decadence, and the parallels between Henry Miller and Malcolm Muggeridge, two very different but strangely related authors, from a similar technologically-minded transcendental standpoint. In sum, The Importance of Technology is a far from definitive but, nonetheless, highly engaging and sometimes mind-boggling debate on a variety of controversial or, at the very least, interesting issues with, as per custom for John O'Loughlin at around this period in his literary adventure, an aphoristic appendix, which both subsumes and expands on a number of the subjects under discussion.