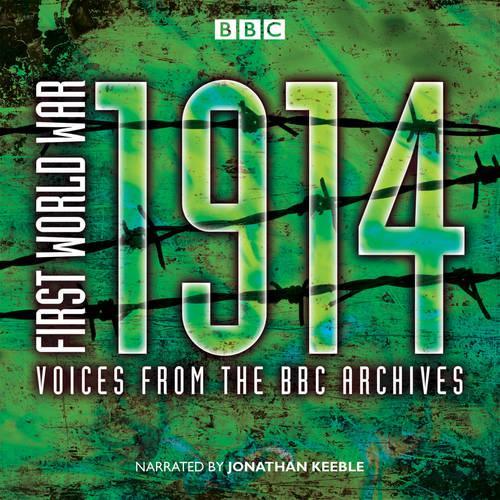 A unique collection of historic recordings covering events from the last days of peace to the Christmas truce, 1914. At midnight on 4 August, Britain had declared war on Germany. The pacifist Bertrand Russell was shocked by the pro-war euphoria on the streets, yet young men enlisted willingly because it would all be over by Christmas . It was not. Instead the opposing armies had become entrenched. It was the beginning of a long and bitter stalemate. In this new audio compilation, troops of the British Expeditionary Force vividly recall the exhausting retreat from Mons, the success at the Marne, and the first battle of Ypres, where the Territorials arrived in bright red London buses. For reconnaissance pilots, the battlefield was defined by blazing villages, and fields alive with German troops. Among the items which powerfully capture the mood of the time are an eyewitness account of the Kaiser’s reaction to the news from Sarajevo on 28 June; Margot Asquith, wife of the Prime Minister, remembering their despair at the inevitability of war; and the poignant reminiscences of civilians and soldiers.