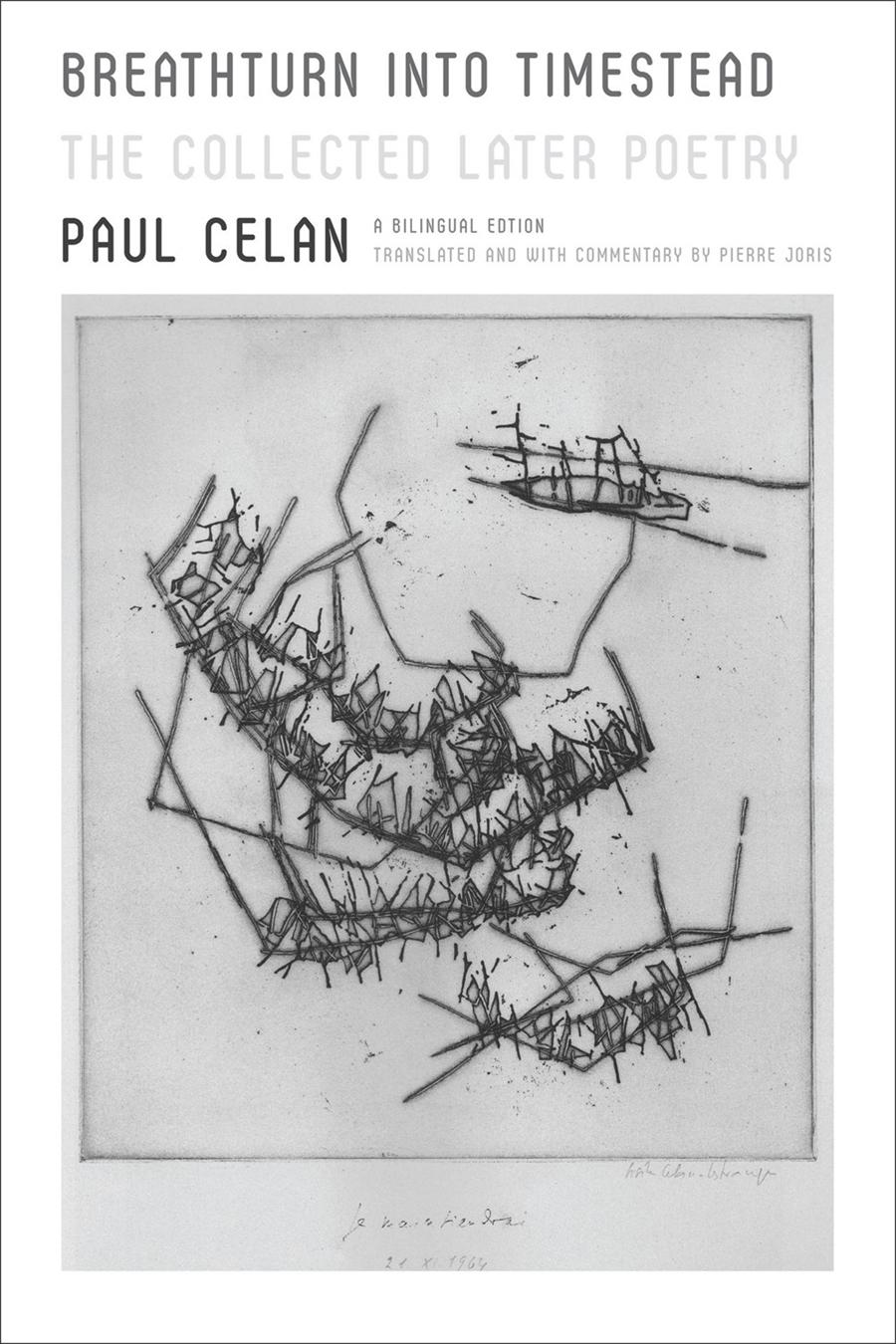 Haunting poems from one of the twentieth century’s groundbreaking poets
Paul Celan, one of the greatest German-language poets of the twentieth century, created brilliant works of pure musicality and stark imagery in tension with the haunting memories of his life as a Romanian Jew during the Holocaust. Breathturn into Timestead: The Collected Later Poetry gathers the five final volumes of his life’s work in a bilingual edition, translated and with commentary by the award-winning poet and translator Pierre Joris.
This collection displays a mature writer at the height of his talents, following what Celan himself called the “turn” (die “Wende”) of his work away from the lush, surreal metaphors of his earlier verse. Given “the sinister events in its memory,” Celan wrote, the language of poetry has to become “more sober, more factual … ‘grayer.‘” He abandoned the richer music of lyric poems, paring his compositions down to increase the accuracy of the language that now “does not transfigure or render ‘poetical’; it names, it posits, it tries to measure the area of the given and the possible.” In his need for an inhabitable post-Holocaust world that held the memory and anguish of that history, Celan experimented with a bold new poetics.
Breathturn into Timestead reveals a poet undergoing one of the most profound artistic reinventions of the twentieth century-creating a poetry grounded in his painful personal history and the ravages of postwar Europe.
$64.99Add to basket ›