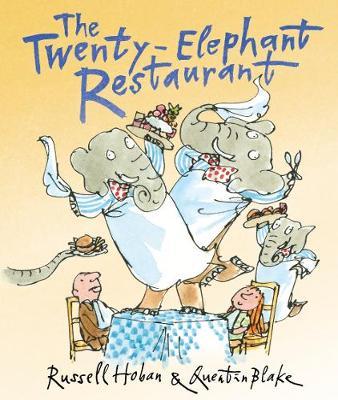 A hilarious romp that begins with a wobbly table … and ends with a bunch of dancing elephants! This table, said the man. What about the table? said the woman. It’s wearing me out, said the man. What to do? The man makes a decision. He finds a tablewood tree, cuts it down, saws it up and makes a new table. There’s nothing like a new table. This one is strong enough for elephants to dance on! But… Where would we get the elephants? said the woman. Advertise in the Classified Section, said the man. Elephants wanted for table work. Must be agile. It looks as if the man and the woman might need some more tables! We could open a restaurant, said the man. A restaurant with dancing elephants … where will it all lead?