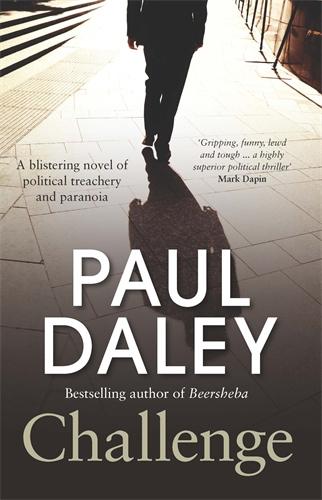 Gripping, funny, lewd and tough… a highly superior political thriller' MARK DAPIN
Fast-paced Australian political fiction, Challenge unfolds over three days in an atmosphere of treachery and deceit, amid a looming federal leadership challenge.
Opposition leader Daniel Slattery is a former sporting hero from the wrong side of the tracks, politically principled and courageous, but also personally unhinged and highly volatile. He is determined to stand the political moral high ground while fighting for his job - and a rearguard action against the phantoms of his dark past. Who is working to trash his reputation and derail his one tilt at the prime ministership? Is it real - or just demons inside his head?

Blistering and blackly comic, Challenge puts us into the shoes of a man whose life is slipping away as he confronts the abyss of modern Australian politics.

END_OF_DOCUMENT_TOKEN_TO_BE_REPLACED

Death of the Black-Haired Girl