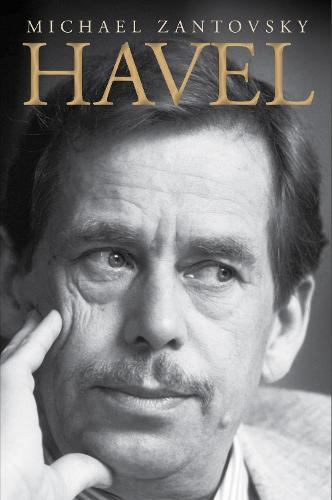 Vaclav Havel: iconoclast and philosopher-king, an internationally successful playwright who became a political dissident and then, reluctantly, a president. His pivotal role in the Velvet Revolution, the end of Communism and the birth of a modern, west-facing Czech Republic makes him a key figure of the twentieth century. He was a character of great contradictions, a courageous visionary who put his life at risk, a leader who inspired great loyalty; yet a man wracked with doubt, self-criticism, depression and despair. Above all he was an intellectual and artist, always true to himself, someone who never lost a profound sense of the absurd.
Michael Zantovsky was one of Havel’s closest friends. They met as dissidents under Communism, and when a frail Havel was released from prison in May 1989 just months before the Velvet Revolution it was antovsky who carried his bag for him; during Havel’s first presidency Zantovsky was his press secretary, speech writer and translator, and their friendship endured until Havel’s death in 2011. He is therefore uniquely placed as Havel’s biographer; a rare witness to this most extraordinary life.
$49.99Add to basket ›