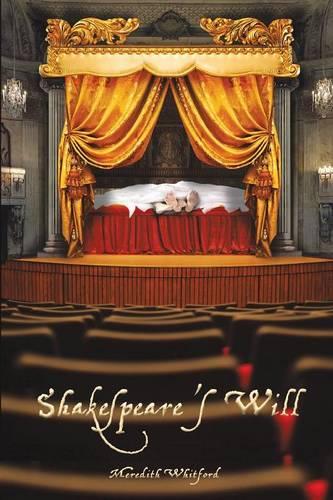 The last man well-off, clever and attractive Anne Hathaway needs is the penniless eighteen-year-old son of a disgraced and bankrupt glovemaker. But she shares unhappy William Shakespeare’s secret dreams … and she’s pregnant with his child. Eight years his senior, she marries him, and soon discovers that to keep her husband’s love she must do everything in her power to make his dreams come true. For years, she and her children endure the boredom of rustic Stratford while William writes and acts in London and tours the country with his troupe of actors, making no secret of his romantic conquests along the way. When things start to look up for the budding play-maker, Anne takes her little family to join him in the dirty and dangerous, plague-infested capital, a world of eccentric actors and heartless cut-throats, pompous writers and sly royal spies, spendthrift playboy aristocrats and brazen whores. Her love and unbounded ambition for her husband leads him to a wealthy, titled and beautiful young patron … and into the golden boy’s arms, and his bed. Anne can turn a blind eye to this affair, but when Shakespeare’s wayward will takes another turn and he falls hopelessly in love with a dark and dangerous woman, she must apply her devotion and cunning in a way that will defy even history’s greatest story-weaver’s imagination. Will Anne’s desperate risk save their marriage … or destroy it? A sublime historical novel. It flows, it’s real, the characters are honest, and their actions are consistent with their belief systems and their deepest feelings … a joy. Whitford’s writing is impeccable. Historical fact melds seamlessly with historical fiction. Fiction made deep with scholarship and references, but also, in itself, a terrific story that evokes the streets of both London and Stratford in the sixteenth century while providing a timeless tale of love, betrayal, genius and redemption. Magdalena Ball. CompulsiveReader.