Hillary: The Photographs of Diana Walker 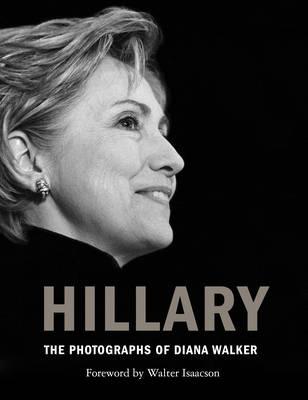 Hillary: The Photographs of Diana Walker

Rich full-color and stirring black-and-white photographs tell the story of Hillary Rodham Clinton’s political life on stage and behind the scenes-from one of the world’s most famous photojournalists-most published here for the first time. Diana Walker saw and photographed Hillary Clinton in 1976, and again in 1979. But she truly began to record Hillary’s life in pictures beginning in 1993, from her efforts on behalf of health care, her press conference concerning the cattle futures, right through her tenure as First Lady, as a Senate candidate, her years on the Hill, her trailblazing run for the Presidency, up through her tough, smart press conference in Kabul in 2013 with Hamid Karzai. Through it all, Walker has had a front row seat. As a photographer for Time magazine, she has had unprecedented access to Hillary’s life behind closed doors, capturing the range of Hillary’s emotions and experiences and the many layers of her character. The photos she took at this time are a unique archive of images that paint a revealing and remarkable portrait. From Hillary’s early days as First Lady to her time as Secretary of State, Walker was there to preserve the dramatic Washington moments, all the way to the iconic time in the military cargo plane when Hillary sat in dark glasses concentrating on her Blackberry. Hillary allows you to share her journey and come closer to comprehending the woman behind this extraordinary public life. Showcasing more than 150 high-resolution photographs, in both full-color and black-and-white, Hillary features an introduction by bestselling author Walter Isaacson and an epilogue by Diana Walker describing her years at Hillary’s side during so many momentous and personal events.