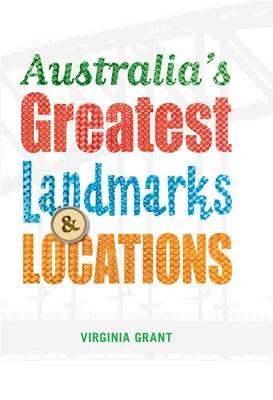 From the Harbour Bridge to the Great Barrier Reef, Parliament House, the Great Ocean Road, Broken Hill and Uluru, this book celebrates the many diverse landmarks and locations that make Australia one of the most exciting countries on Earth.
Can you name the highest peak in mainland Australia? Do you know which Australian capital city had to be rebuilt twice? What natural feature of Australia is the only living thing on Earth that can be seen from outer space? In Australia’s Greatest Landmarks and Locations, you will discover the answers to these questions and learn many more stories about the remarkable Australian landscape.
With jaw-dropping natural attractions and magnificent man-made structures, Australia has an abundance of truly great places. From north to south and east to west, this book showcases the nation’s best known and most loved places, and reveals their fascinating stories. Few other countries can boast the geographic diversity of Australia, with its deserts, tropical and temperate forests, wetlands and snow-capped mountains. And with this diversity comes some incredible natural features - the Great Barrier Reef, Fraser Island and Purnululu National Park, to name just a few. Some places have enormous cultural significance, reflecting our Indigenous heritage or our short history as a nation. And some places, of course, have both natural and cultural importance.
After finding out about the greatest landmarks and locations of Australia, you won’t be able to resist experiencing them for yourself. Be inspired!
$44.99Add to basket ›

END_OF_DOCUMENT_TOKEN_TO_BE_REPLACED

Coming of Age: Growing Up Muslim in Australia