The Professionals: Strategy, Money and the Rise of the Political Campaigner in Australia 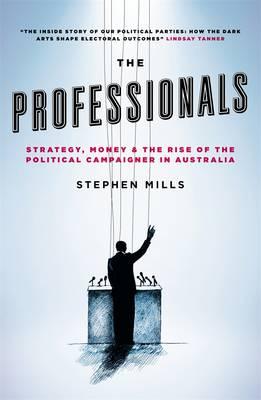 The Professionals: Strategy, Money and the Rise of the Political Campaigner in Australia

During 2010-11, Stephen Mills conducted on-the-record interviews with every living national campaign director of the two major political parties. Their experience covers the 15 federal election campaigns from 1974 to the present day.
Built around ten critical moments in Australian electoral history, The Professionals traces the transformation of the party official from administrative servant to highly influential, professional campaign manager, and the election campaign from the pre-television days to the contemporary world of social media, focus groups and million dollar campaign budgets. He shows how Australia’s political parties went from mass-membership organisations - which provided opportunities for grassroots participation - to top-down managerial enterprises. Internal control of the parties has shifted to a new centre of power: the Head Office.
The Professionals provides a fascinating new perspective on the contours of Australian political history and shows political parties as they have rarely been seen before - from the inside.
$29.99Add to basket ›