Our Boston: Writers Celebrate the City They Love 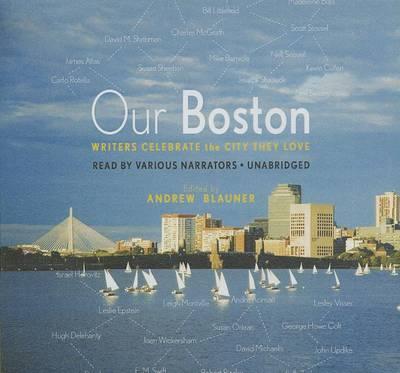 Our Boston: Writers Celebrate the City They Love

What defines Boston? Its history? Its landmarks? Its sports teams and shrines?Perhaps the question should be, who defines Boston? From Henry David Thoreau to Dennis Lehane, Boston has been beloved by many of America’s greatest writers, and there is no better group of men and women to capture the heart and soul of the Hub. In Our Boston, editor Andrew Blauner has collected both original and reprinted essays from Boston-area writers past and present, all celebrating the city they love. In the wake of the Boston Marathon bombing, they responded to his call to celebrate this great city by providing almost all brand-new works, and forgoing royalties in order to support the survivors and their families.From Mike Barnicle to Pico Iyer, Susan Orlean to George Plimpton, Leigh Montville to Lesley Visser, Pagan Kennedy to James Atlas, here is a collection of the best essays by our best writers on one of America’s greatest cities.