The Lives of Others: A Screenplay 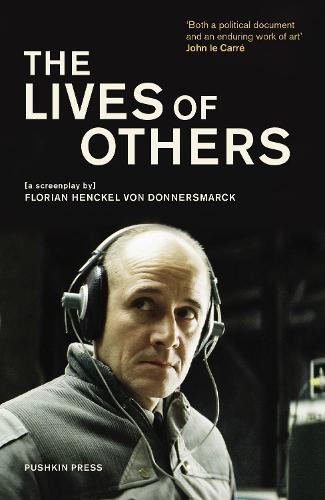 The Lives of Others: A Screenplay

1984. East Germany. Captain Gerd Wiesler, a loyal member of the secret police, is assigned to spy on the playwright Georg Dreyman. The flat is bugged, and Wiesler begins to listen in to the daily - and nightly -activities of the playwright and his actress-girlfriend. But when he discovers that the surveillance has been instigated by the Minister of Culture’s desire for Dreyman’s girlfriend, rather than the playwright’s political views, Wiesler begins to question his own loyalties. As he continues to listen in, he finds himself becoming increasingly absorbed in the couple’s lives, and the gap between his professional duty and personal integrity starts to widen.This hugely influential film by Florian Henckel von Donnersmarck, whose screenplay is published in English for the first time, is as relevant - or even more so - now, in the wake of Edward Snowden and the WikiLeaks revelations, as it was when it won the 2007 Academy Award for Best Foreign Language Film.With a foreword by John le Carre.Further contents:Introduction by Florian Henckel von Donnersmarck; ‘Appassionata: The Idea for the Film’, by Florian Henckel von Donnersmarck'; an essay by Sebastian Koch (‘Georg Dreyman’); an interview with Ulrich Mhe, by Florian Henckel von Donnersmarck; ‘Wiesler’s Change of Heart’, an essay by Manfred Wilke; full film cast and crew credits