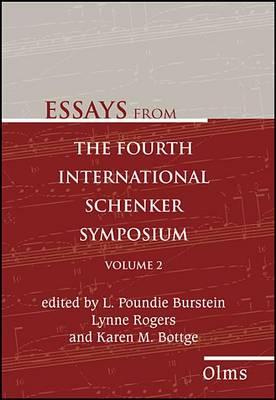 This book constitutes the second volume of essays that are based on presentations given at the Fourth International Schenker Symposium held at Mannes College. The volume is divided into two sections: one devoted to Heinrich Schenker the person, and the other to a series of Schenkerian analyses. The first section situates Schenker in his historical context by examining the theorist himself, and helps us to distinguish Schenker the person from the theoretic system he inspired. The essays of the second section variously appeal to theoretic notions such as formal function, Sonata Theory, set theory, hermeneutics, and other concepts. They are typical of current Schenkerian analytic scholarship which today is rarely practiced in a pure, unmodified form. Rather, Schenkerian studies tend to be pluralistic, both in the repertoires that they investigate and the analytic tools that they employ.