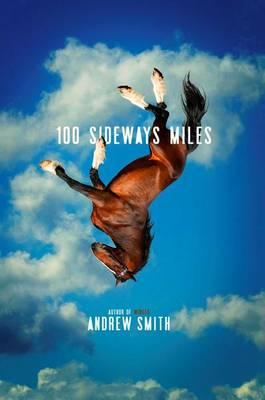 Destiny takes a detour in this heartbreakingly hilarious novel with five starred reviews, from the acclaimed author of Winger, which Kirkus Reviews called smart and wickedly funny. Finn Easton sees the world through miles instead of minutes. It’s how he makes sense of the world, and how he tries to convince himself that he’s a real boy and not just a character in his father’s bestselling cult-classic book. Finn has two things going for him: his best friend, the possibly-insane-but-definitely-excellent Cade Hernandez, and Julia Bishop, the first girl he’s ever loved. Then Julia moves away, and Finn is heartbroken. Feeling restless and trapped in the book, Finn embarks on a road trip with Cade to visit their college of choice in Oklahoma. When an unexpected accident happens and the boys become unlikely heroes, they take an eye-opening detour away from everything they thought they had planned–and learn how to write their own destiny. NYTBR Notable Children’s Book of the Year NPR Best Book of the Year NYPL’s Best Book of the Year for Teens Chicago Public Library Best Teen Fiction of the Year A Texas Tayshas Top Ten Selection