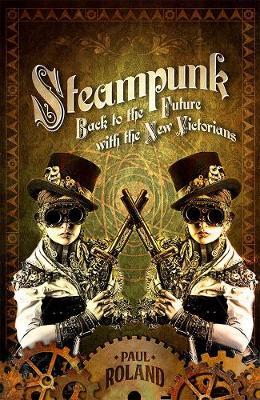 What began in the late 1980s as an underground community of science fantasy aficionados with a fetish for Victoriana now pervades almost every aspect of popular culture from music and movies to comics and computer games. Steampunk is much more than a retro-futuristic fashion statement or a subgenre of science fiction. On the surface its adherents profess a penchant for neo-Victorian fashion, fanciful clockwork accessories and have a desire to live in an alternative reality inhabited by airships and eccentric inventions. But the literature, art, music and movies of this burgeoning community offer a radical and irreverent re-imagining of society the way it might have evolved had history taken a sharp detour prior to the industrial revolution giving us a world without electricity, the infernal (sic) combustion engine and the technology that we take for granted today. The world of steampunk is the elegant gas lit world of Jules Verne and HG Wells, of Michael Moorcock and their literary antecedents for whom the digital age never dawned.