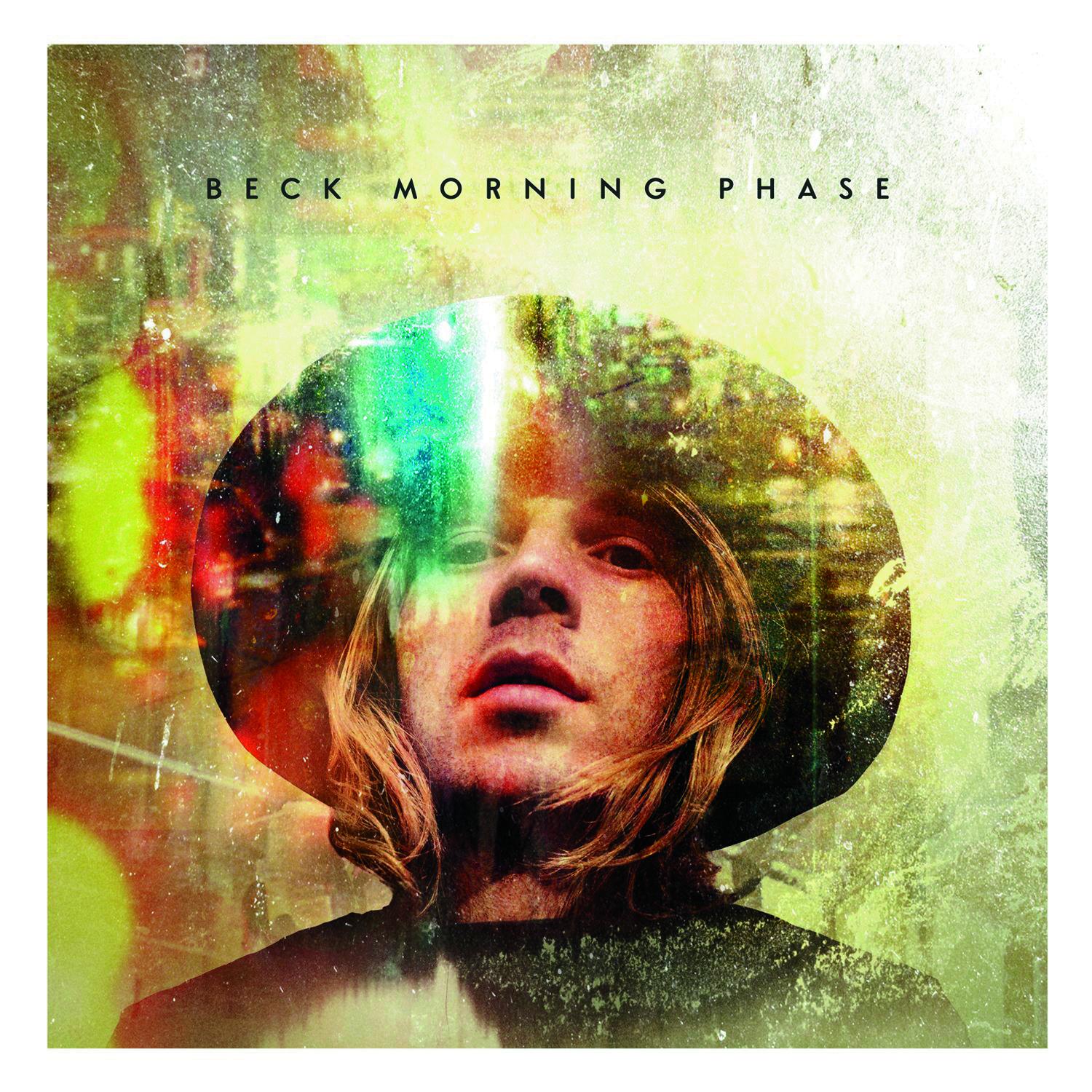 Morning Phase is Beck’s first record since 2008’s Modern Guilt.
Beck rose to fame in the early 1990s with his lo-fi, sonically experimental sound, and he became well known for creating musical collages of a wide range of styles. His later recordings encompass folk, funk, soul, hip hop, alternative rock, country and psychedelia. This is Beck’s thirteenth album, he has also released a book of sheet music.
Two of Beck’s most popular and acclaimed recordings are Odelay and Sea Change, both of which were ranked on Rolling Stone’s list of the 500 greatest albums of all time.
Track Listing:

Late one warm Wednesday in February, sitting in the gathering dark with a tart glass of wine, I listened to Beck’s Sea Change in anticipation of its new companion album, Morning Phase. I smiled after just a few bars, grateful for the rediscovery; afterwards, glass empty but heart full, I dove into this new album. The six years between this and his previous album, Modern Guilt, have been lean on musical releases from Beck – Songbook was released solely as sheet music, and although I own it, I haven’t done anything but stare at it in a bewildered fashion – as a spinal injury kept him away from full use of his voice and guitar.

Here, armed with both instruments back in full force, Morning Phase becomes a personal, acoustic album, folksy and indie by way of the Nashville setting where seeds of the songs were planted years before. It is also soaring – Beck’s father, David Richard Campbell, composed the lush orchestral moments, like the swell of strings over ‘Wave’ – and throughout, the album borrows from earlier times, 70s folk classics that sneak their way into echoing voices and electric guitar chords.

‘Waking Light’ builds from gentle xylophone notes, like pebbles in water, to a chorus loaded with piano and emotion: Beck sings ‘… fill your eyes with waking light’, but for those of us unimpressed with the idea, just make this the song your alarm sings to you in the morning. ‘Blue Moon’ has an animated, synth-laden finale that I still find myself tapping on train windows, while the liberal application of reverb and vocal harmonies unleash Beck’s alt-charm, presumably stored under the giant hat on the album’s cover.

Like us all in the morning, sometimes Beck is quiet, introspective, and sometimes he is joyous and loud. In all his phases, he is worth listening to.

END_OF_DOCUMENT_TOKEN_TO_BE_REPLACED

Lost In The Dream

Lost In The Dream is the outstanding presentation of Granduciel's progression and growth as a songwriter, performer, and producer. It is an immense listen to be absorbed and discovered now and for decades to come.

Beck rose to fame in the early 1990s with his lo-fi, sonically experimental sound, and he became well known for creating musical collages of a wide range of styles. His later recordings encompass folk, funk, soul, hip hop,...