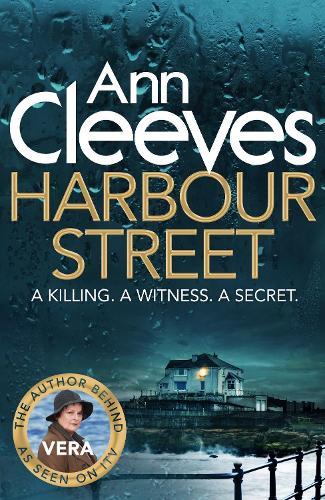 Harbour Street is the sixth book in Ann Cleeves' Vera Stanhope series - which is now a major TV detective drama starring Brenda Blethyn as Vera. A KILLING. In Newcastle, Detective Joe Ashworth and his daughter Jessie travel home on the busy Metro. The train is stopped unexpectedly, and Jessie sees that one woman doesn’t leave with the other passengers: Margaret Krukowski has been fatally stabbed. A WITNESS. No one saw the murder take place. How can this be, when the train was packed? Searching for a lead, DI Vera Stanhope heads to the quiet Northumberland town of Mardle to investigate. She can feel in her bones that the local residents know more than they are letting on: a killer is among them. A SECRET. Just days later, a second woman is murdered. Retracing the victims' final steps, Vera finds herself searching deep into the hidden past of this seemingly innocent neighbourhood, led by clues that keep revolving around one street: why are the residents of Harbour Street so reluctant to speak? DI Vera Stanhope is back. And she wants answers.