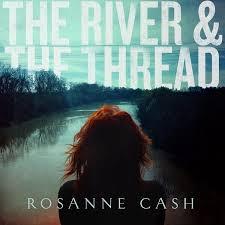 The River & The Thread, Rosanne Cash’s first album in more than four years, will be released by Blue Note Records. Cash wrote the album’s 11 original songs with her longtime collaborator (and husband) John Leventhal, who also served as producer, arranger and guitarist.