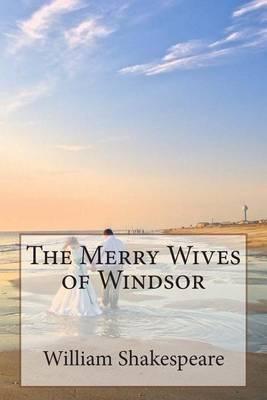 The Merry Wives of Windsor is a comedy by William Shakespeare, first published in 1602, though believed to have been written prior to 1597. The Windsor of the play’s title is a reference to Windsor Castle in Berkshire, England, and though nominally set in the reign of Henry IV, the play makes no pretence to exist outside contemporary Elizabethan era English middle class life. It features the character Sir John Falstaff, the fat knight who had previously been featured in Henry IV Parts 1 and 2. It has been adapted for the opera on several occasions. The play is nominally set circa 1400, during the same period as the Henry IV plays featuring Falstaff, but there is only one brief reference to this period, a line in which the character Fenton is said to have been one of Prince Hal’s rowdy friends (he kept company with the wild prince and Poins ). In all other respects, the play implies a contemporary setting of the Elizabethan era, circa 1600. Falstaff arrives in Windsor very short on money. He decides, to obtain financial advantage, that he will court two wealthy married women, Mistress Ford and Mistress Page. Falstaff decides to send the women identical love letters and asks his servants