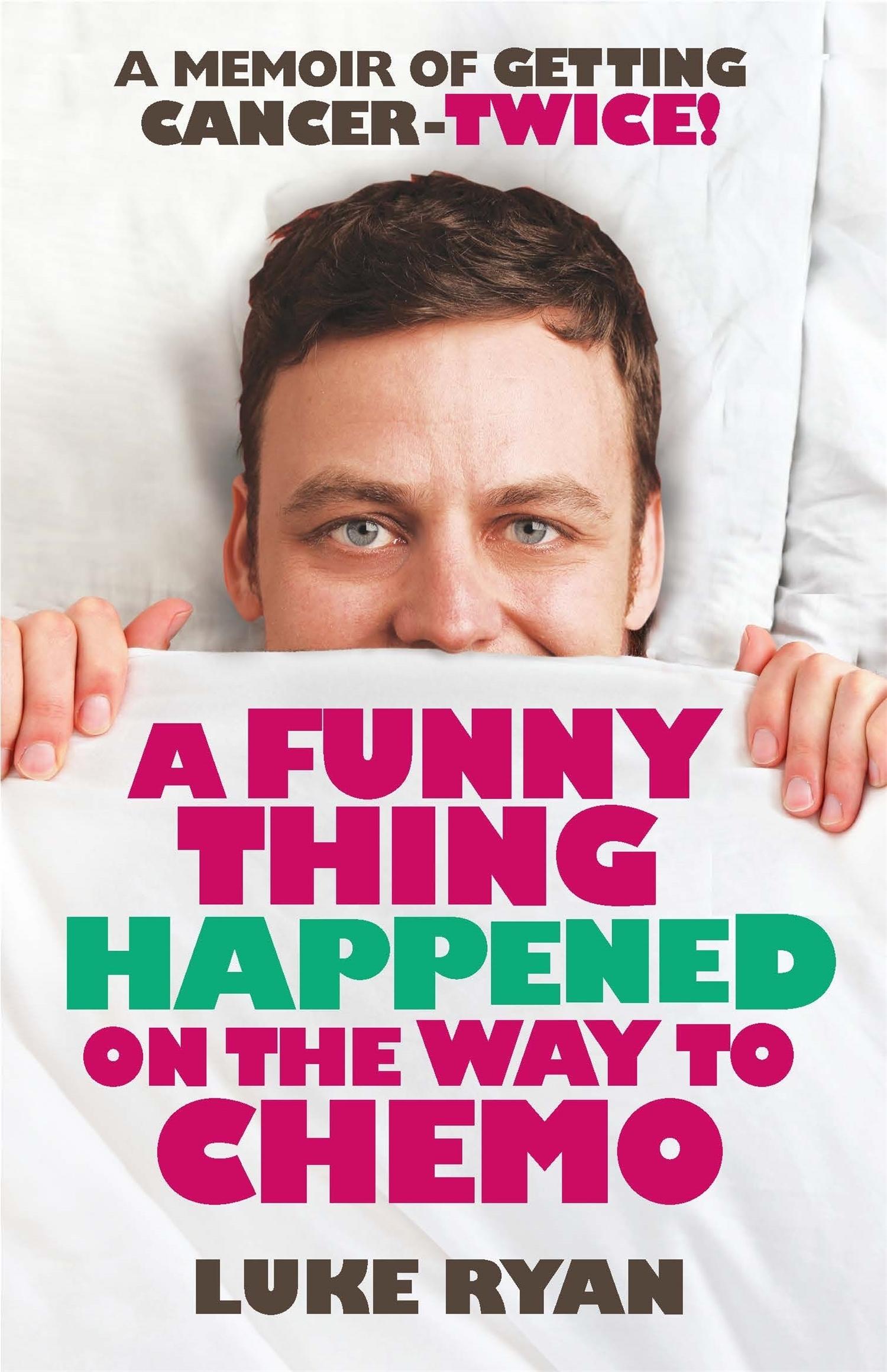 A year-long regimen of chemotherapy and radiotherapy wasn’t quite what Luke Ryan had in mind when he turned 22. Especially having been through the same rigmarole when he was 11! Needless to say, Luke Ryan is eyeing off 33 warily. There’s only one course of action to take after you’ve fought off cancer twice - stand-up comedy.

Growing out of a sell-out show at the Melbourne Comedy Festival, A Funny Thing Happened on the Way to Chemo is a warm-hearted and hilarious memoir from someone who has laughed in the face of more adversity than most of us would face in a lifetime. Luke’s is a life marked by cancer, not defined by it. These are stories of growing up, getting sick, getting better, getting sick again, dating while bald, keeping your semen in the freezer and living life to the full.

Stand-up comedy may seem like an odd outlet for a cancer patient but for Luke Ryan it became a way of taking control of his illness, and of rewriting the traditional cancer narrative. Inspired by his sell-out comedy festival show of the same name, his offbeat memoir about surviving cancer twice opens with the lyrics from a 1992 dance hit by Snap: ‘I’m as serious as cancer / When I say rhythm is a dancer.’ Ryan certainly isn’t advocating a cavalier attitude to illness, rather, he challenges our preconceptions of how cancer patients should act and feel.

And there are some seriously funny moments: from a creepy sperm bank episode to an awkward toilet scene after a drunken, kebab-fuelled one-night stand. Then there’s the utterly devastating ones – like the misheard song lyric ‘I want to run to you’ that becomes an embarrassing and painfully ironic tattoo – that make you want to laugh and cry at the same time. Ryan’s skill in taking the reader to uncomfortable places packs a big emotional punch without ever feeling trite or sentimental.

The contrast between his experience as an innocent 11-year-old with cancer to his reflections on being shattered by a second diagnosis at 22 is stark and beautifully drawn, highlighting the immense pressure serious illness puts on families and the profound effect it has on one’s sense of identity. Perhaps the real strength of this bittersweet coming-of-age story is Ryan’s acutely observed unpacking of his interior world, together with his tender and insightful portrait of his family, as he attempts to make sense of what’s happened to him and ‘get on with the messy business of living’. Ultimately his unique story is one of strength, hope, luck and love, made all the more poignant by his disarmingly dry sense of humour.

END_OF_DOCUMENT_TOKEN_TO_BE_REPLACED

My Feet Are Hungry