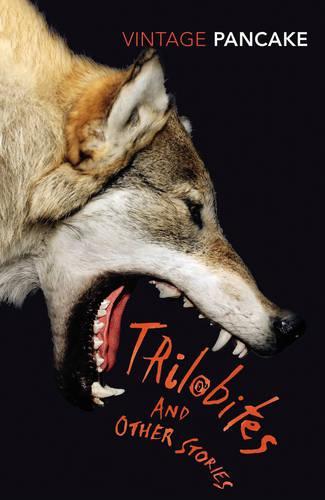 The stories in this collection nearly all take place in and around the mountain hollows of West Virginia: a world of cock-fighting, coal-mining, deer-stalking, sex, depression, drinking and death.
‘It would be easy to allow his one collection of stories to be buried under the landslide of books published every year. But it’s worth doing a little excavating to dig it up. The past few years have seen late-in-the-day and posthumous revivals of interest in writers such … John Williams. Get out your pickaxes’ New Yorker
‘Breece D'J Pancake left behind an astonishing achievement. He was a master of a distinctly American vernacular, which he used to remind us of all the ways that fiction could teach us about ourselves. These stories are absolutely essential reading’ - Kevin Powers, author of The Yellow Birds

It’s inevitable that when reading Trilobites, the collected short stories of Breece D’J Pancake, that we come to consider the backstory of the author. This slim volume was pulled together after Pancake took his own life, at the age of 26, in 1979. He was alive to see six of his stories published in magazines, and these were grouped with another six and released for the first time, posthumously, in 1983.

Now Vintage has released the book again, along with an introduction by James Alan McPherson, which forms an intriguing portrait of Pancake’s life and semi-mysterious death. Trilobites, for the most part, concerns blue-collar characters in rural West Virginia, where Pancake grew up. There is a certain familiarity in the plots, and we get the whole host of young farmers, mechanics, miners, drunks. It’s a collection that’s both very unsentimental, confident and at times oddly ambitious.

Not all of the stories in Trilobites work, but there are moments of true and inspired greatness. On occasion, following the career of a writer allows them to teach us how to read their work; sadly, Pancake left us with only a small pool of stories to pore over. There’s no denying that Pancake had talent, and there’s no way of ignoring the potential of his work, had he continued into maturity, and had a chance to leave his faults behind.