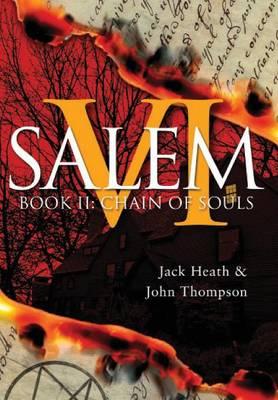 Weeks after Salem newspaper editor John Andrews avenges his wife’s four-year-old cold case murder, he’s thrust into the mayhem of another mystery. The Coven, who’s kept tight their secrets of power and blood-lust for centuries, is bent on silencing Andrews. Though his nightmares tell him otherwise, he’s willing to keep things under wraps until there’s proof-he’s a newsman after all. But when the Coven kidnaps his daughter, Andrews must further reveal Salem’s murky past-his daughter’s life depends on it. As the Coven’s onslaught continues and the body’s pile up, good souls and bad, Andrews learns that Salem isn’t the only place controlled by the Coven. It’s an international organization on a dark mission with an even darker past. And so begins the witch-hunt.