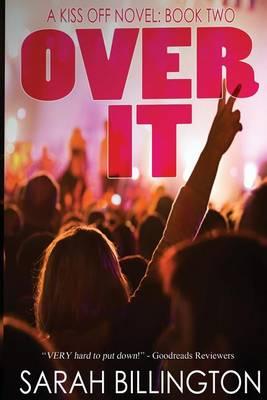 Warning: Sexual references, occasional coarse language. Teen YouTube song writing sensation Poppy Douglas’s lead singer boyfriend Ty’s been criss-crossing the country and living it up on tour for months while Poppy has been stuck in the boring suburbs, finishing out the school year. But it’s Summer now, and the best thing just happened: Poppy’s royalties for writing the hit song The Kiss Off just came in. She’s minted, and she knows just what she’s going to blow it on. Ty’s band Academy of Lies are headlining a summer music festival, and Poppy is taking her girlfriends along for the best weekend of their lives. It’s all organized: the weekend is going to be full of camping under the stars, backstage passes, VIP rooms and partying like rock stars, not to mention some long awaited one-on-one time with America’s favorite front man. Except, when someone drops out of the trip and Poppy takes the opportunity to mend a broken friendship, it doesn’t quite go according to plan. And when she meets her boyfriend’s BFF from another band, the paparazzi form their own totally wrong conclusions. There’s also the matter of Ty’s ‘super fan’ stalker, but the less said about her the better. The biggest test of all comes in the form of an opportunity too good to pass up. But will insecurities and jealousy stand in Poppy’s way? Can Poppy and Ty’s relationship even survive it? Life is about to get much more complicated for Poppy Douglas, but what can you expect when your boyfriend is a rock star?