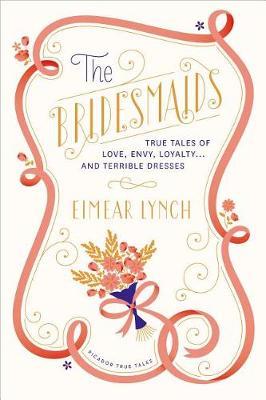 Each year 11 million bridesmaids lead their best friends down the aisle. Most wear matching dresses, and nearly all have a thing or two to say about the bride. In this uproarious oral history, editor and journalist Eimear Lynch offers us an intimate glimpse at the moments the wedding photographer failed to capture. From the accidental bridesmaid who helped sew the bride into her designer gown to the tomboy who struggled to carry Princess Diana’s twenty-five foot train, The Bridesmaids lifts the veil on the Big Day. Opening with her own experiences as a five-time ‘maid, Eimear gives us stories that are by turns heartfelt, funny, scandalous, and sometimes downright strange. An ode to the good, the bad, the strapless chiffon, and the occasional three-piece suit-and, above all, to the supporting actresses and actors who wore them - The Bridesmaids is a colorful walk down the aisle that you won’t want to miss, and the perfect companion for every bridesmaid-to-be. . Elegant and engaging, with French flaps and a gorgeous gift package . Some of the bridesmaids you’ll encounter include a world record setter, a Burning Man bridesmaid, and a 'maid who stood by her sister in a prison wedding . For anyone who loves 27 Dresses and Bridesmaids, and fans of Say Yes to the Dress and The Bachelorette