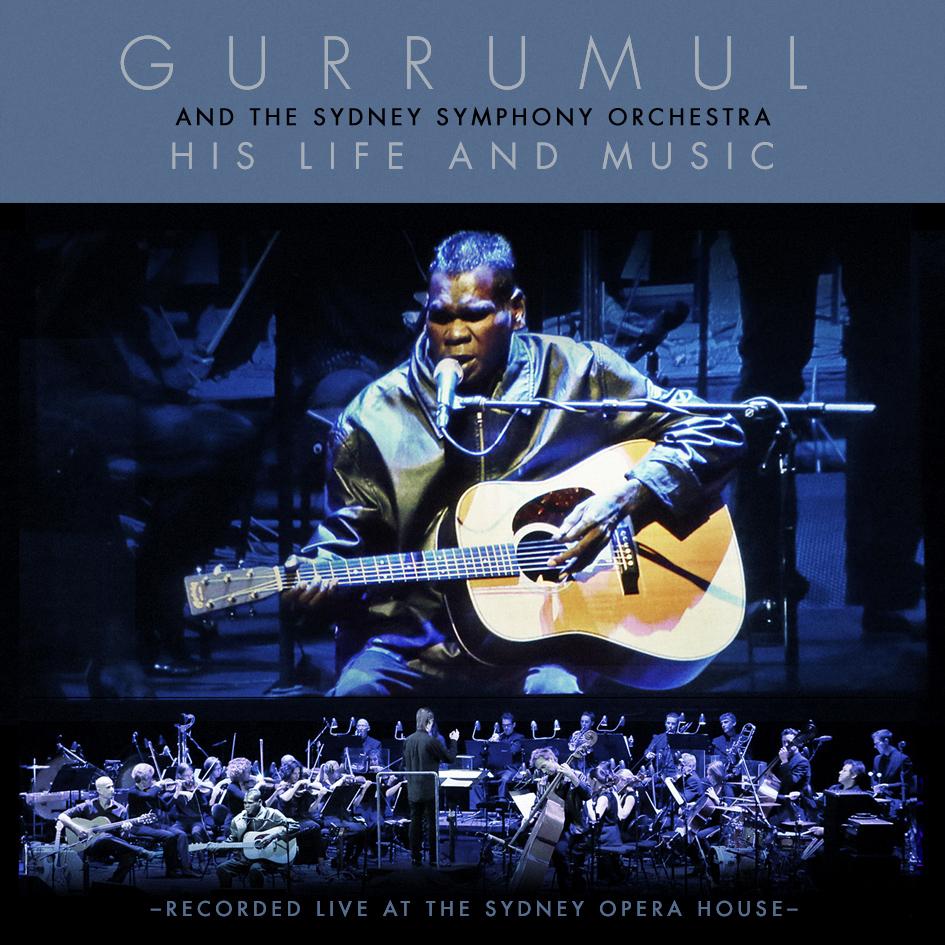 Gurrumul and The Sydney Symphony Orchestra are thrilled to announce the release of ‘His Life And Music’. Recorded Live at the Sydney Opera House in May 2013 as part of the Vivid Festival, ‘His Life And Music’ captures the artistic spirit of one of the nation’s most extraordinary artists.
The live recording features Gurrumul as you have never heard him before, in a world-first collaboration with The Sydney Symphony Orchestra, performing a collection of songs from his award winning albums. Also included on the album are introductions from Gurrumul’s family that provide a rare insight into the people, the country and the stories behind some of his most popular songs.
Blind from birth, Gurrumul is a member of the Gumatj clan of Elcho Island, off the coast of tropical North East Arnhem Land. He quickly became known for singing about identity, spirit and connection with the land, its elements and his ancestors.
$24.95Add to basket ›