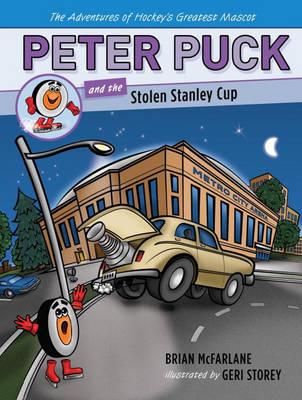 In Peter Puck and the Stolen Stanley Cup, Peter is caught up in the rivalry between two teams vying for the Stanley Cup. The night before the final game, someone sets a fire set to distract the guard and steals the Stanley Cup. Rescued from the flames in the nick of time, Peter sets off in pursuit of the thief. Will his powers of observation and sleuthing skills help him to unmask the thief? And will the Cup be recovered in time for the game?