A Brimming Cup: The Life of Kathleen Fitzpatrick 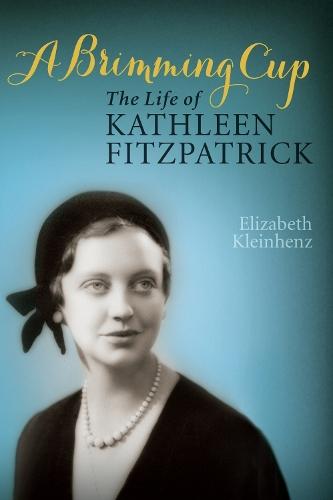 A Brimming Cup: The Life of Kathleen Fitzpatrick

Kathleen Fitzpatrick, born in 1905, was the grand-daughter of Melbourne real estate agent JR Buxton, whose investments in land and housing brought him wealth and significantly influenced much of his city’s early development. In her memoir, Solid Bluestone Foundations, described by her great friend Manning Clark as ‘a magnificent book of memories’, Kathleen painted an evocative picture of family life at her grandparents' mansion Hughenden in Middle Park, and of middle-class living in early twentieth-century Melbourne. In adulthood she went on to become a brilliant academic and teacher whose former pupils became some of Australia’s finest historians and intellectuals. But she was also a lonely woman with a low view of her own worth as a writer and scholar. Through meticulous research, Elizabeth Kleinhenz uncovers what lay behind the mask that Kathleen Fitzpatrick presented to the world. Capable of deep love, she was almost vainly self-conscious. She was witty but cutting, proud but ashamed, could be arrogant and overbearing, but also modest to the point of subservience. An accomplished thinker, she allowed the major insights of second-wave feminism to pass he