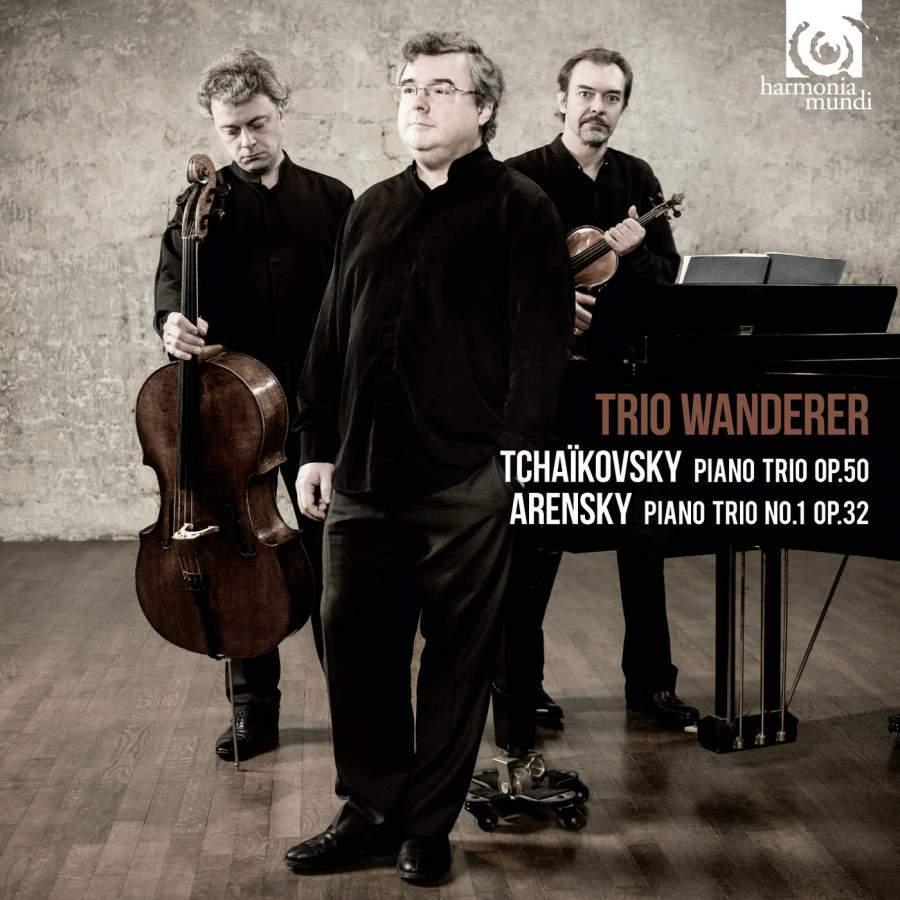 Tchaikovsky’s celebrated large-scale Trio Op.50 sets the tone of this recording, at once elegiac and virtuosic.
Dedicated to his friend Nikolay Rubinstein with the French epigraph ‘À la mémoire d'un grand artiste', it shows great originality both in its dimensions and in its style, which calls for highly skilled performers. A similarly ambitious work is the Trio Op.32 of Anton Stepanovich Arensky, also dedicated to the memory of a musician, the cellist Karl Davidov (1838-89). This gem of chamber music, much less often played, constitutes the true discovery of the programme.
The Trio Wanderer celebrated its 25th anniversary in 2012. Feted by the international press for its extraordinarily sensitive playing, its almost telepathic complicity, and its complete instrumental mastery, the Trio Wanderer is one of the finest chamber music formations in the world today. Dubbed ‘Wandering Star' by The Strad magazine, it is invited to appear in the most prestigious concert series and at the leading festivals.
Since 1999 the trio have recorded for harmonia mundi: 13 recordings have appeared so far, repeatedly winning awards from the critics (Choc de l'Année in Le Monde de la Musique, Critics' Choice in Gramophone, CD des Monats in Fono Forum, CD of the Month in BBC Music Magazine, Diapason d'Or de l'Année, Midem Classical Award). The group’s recent interpretation of the Mendelssohn trios was chosen as the benchmark version by the New York Times.
$29.95Add to basket ›