The Dealer is the Devil: Inside the Aboriginal art trade 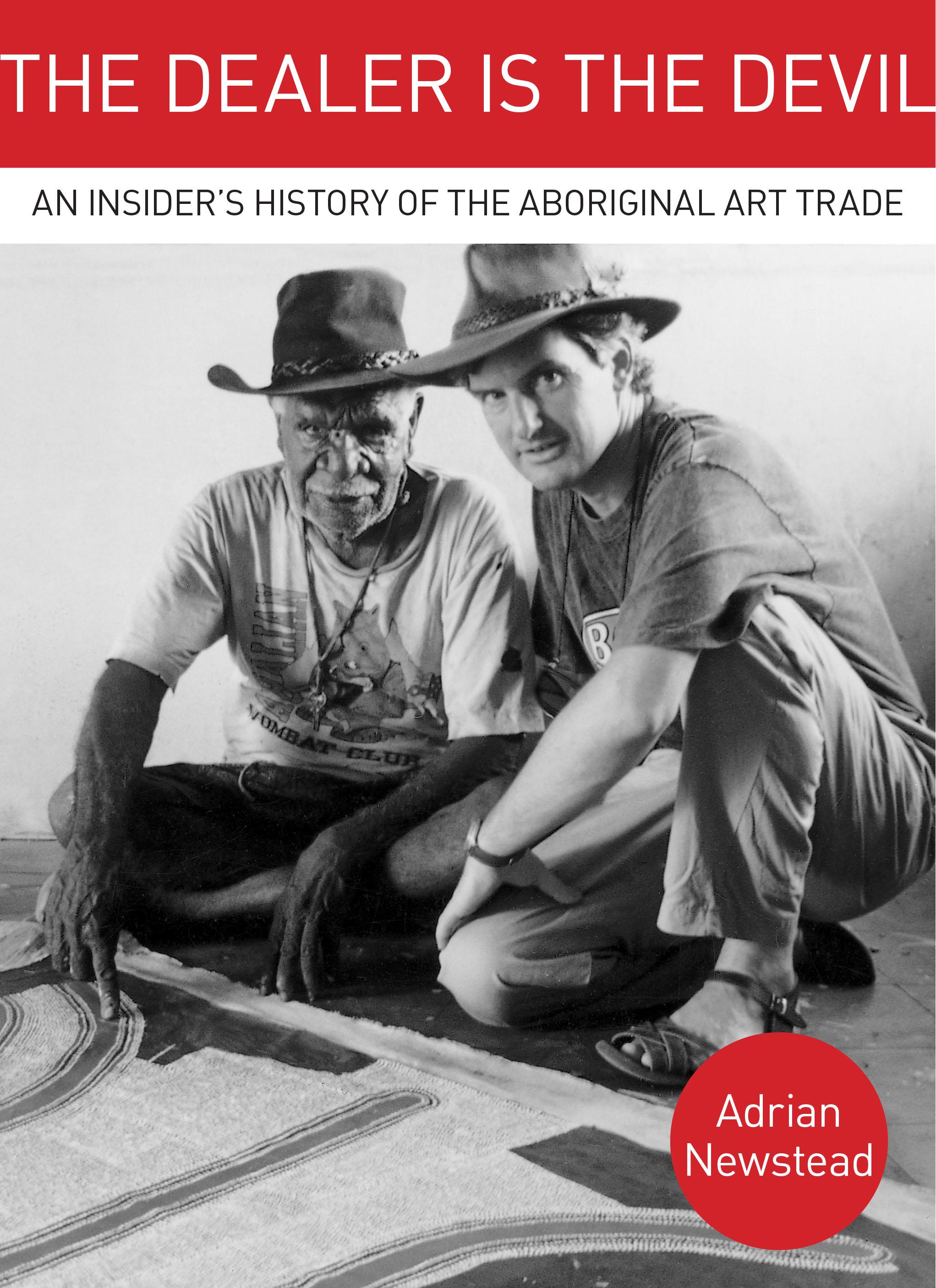 The Dealer is the Devil: Inside the Aboriginal art trade

Adrian Newstead’s explosive memoir lifts the lid on what Robert Hughes once described as the last great art movement of the 20th century.
After thirty years sitting round campfires with Aboriginal artists all over Australia, Newstead has produced the definitive expose of the first great art movement of the 21st century . From remote indigenous communities with their dispossessed populations of tribal elders and troubled youth, to the gleaming white box galleries, high powered auction houses, and formidable art institutions of major cities all over the world, Newstead combines personal anecdotes with an insider’s grasp of the inter national art market.
With vivid portraits of artists, dealers and scamsters, the book races from pre-contact and colonial days to the heady celebrations of the Sydney Olympics and the devastating impact of the global financial crisis. Newstead’s humour, love and respect for his subjects produces a story that reads at times like a thriller and also a lament for a lost world.
$49.95Add to basket ›