Love Beyond War: Inspired by True Stories - The Search for Healing After War 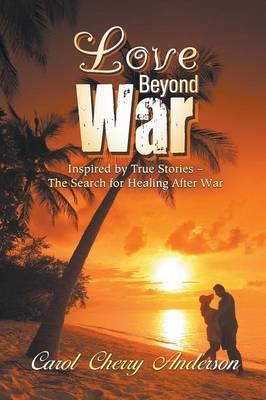 Love Beyond War: Inspired by True Stories - The Search for Healing After War

Love Beyond War is the sequel to Love Transcends War. Inspired by true stories, this book continues the adventures of three generations of a family torn apart by war. Bob, the hero of the first book, was seriously injured at Pearl Harbor and is still trying to put his life back together. Lingering amnesia and identity theft haunt him. He undergoes occasional flashbacks, although most of his life over the last three decades in Hawaii has been fulfilling. He and his beloved late wife, Ming, had four children, who also deal with challenges. With the Vietnam War raging, readers meet Matthew, the son Bob has never met. Barbara, whom Bob doesn’t remember, was his short-term fiancee before he joined the military. She has just told him about Matthew, who struggles to stay alive on the battlefield where he is seriously injured and exposed to Agent Orange. Will his life end there? Impetuous Jenny has faced many challenges, including being kidnapped and abused by a rogue group in Kenya where she works with an agency helping orphaned and abused children. Her past includes being a student at UC Berkeley, an anti-war protestor, and living on the streets of San Francisco during the 1960s. See how they search for healing after war. Carol Cherry Anderson holds a Master’s degree in psychology from Cal State. Now retired, she has been a college counselor and a reporter, earning acclamations. Much of the novel takes place in San Jose and Santa Cruz, both towns she lived in. The author loves vacationing in Hawaii, where about half of the story is set. Additional scenes are set in Vietnam, Europe and Africa. Publisher’s website: http://sbpra.com/CarolCherryAnderson/